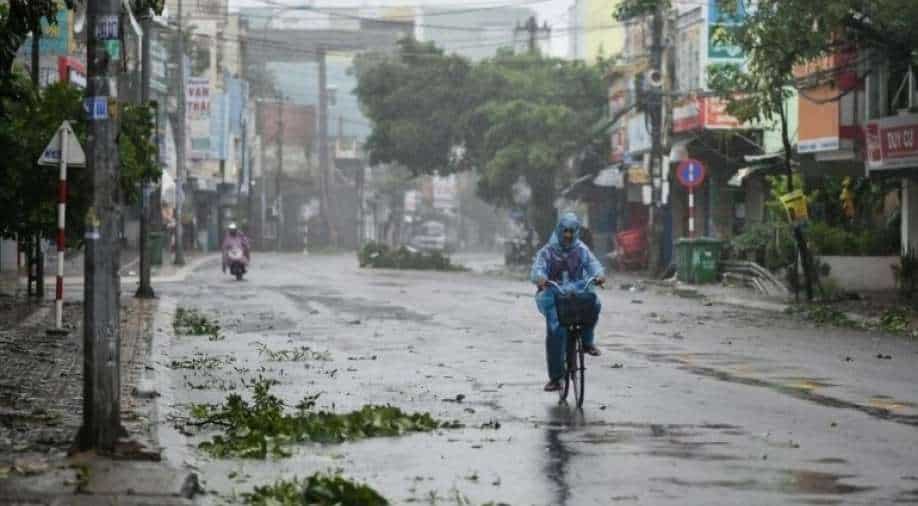 As many as 35 people were killed and over 50 went missing after a typhoon that is being considered as the most powerful in 20 years hit Vietnam.

The typhoon blew away from Vietnam on Thursday, before causing landslides, sinking boats and leading to power cuts that affected at least 1.7 million people.

State media reported at least 25 people have lost their lives in the typhoon and another 50 are missing.

Rescuers primary focus was the three villages in the country's central region where at least 19 people have died and more than 40 others are suspected of being buried in thick mud and debris.

Deputy Prime Minister Trinh Dinh Dung visited one of the areas where landslides struck and ordered officials to immediately send more troops to push the efforts.

"We must reach the landslide site the fastest way. First, send in more soldiers before we can get the big machine there. We have to reach the area by all means, including by using helicopters," the Deputy PM said, as quoted by news agency The Associated Press.

The deceased also include 12 fishermen who lost their lives after their boats sank on Wednesday as Typhoon Molave arrived with winds of up to 150 kilometres (93 miles) per hour.

As many as 14 fishermen are currently missing.

Officials said the death toll across the country may vary as several regions were unable to report the extent of damage and casualties.