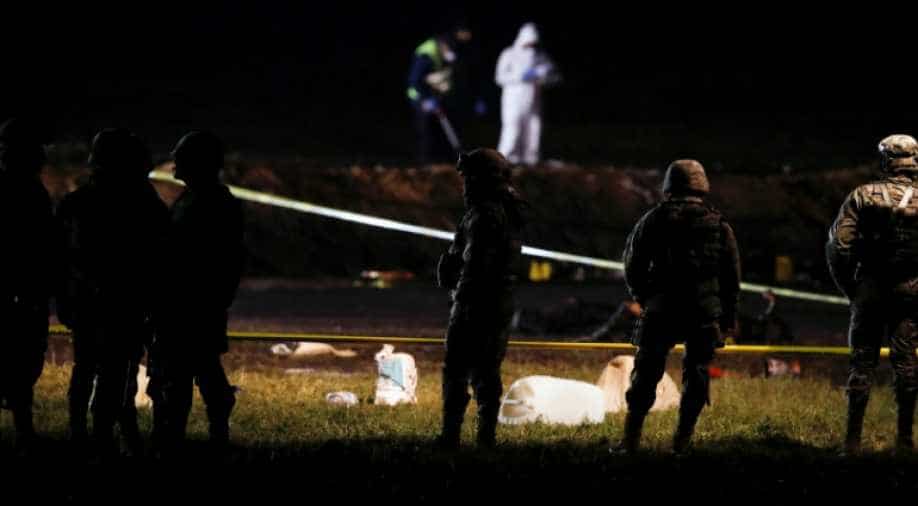 The blast occurred last Friday night, hours after hundreds of Tlahuelilpan residents gathered near a pipeline to collect fuel after thieves had drilled a hole in the duct.

The death toll from a pipeline explosion in central Mexico caused by an illegal tap has reached 100, officials said Thursday.

Eleven others injured in the blast in Tlahuelilpan - a small town in Hidalgo state - remain hospitalized at IMSS institutions in the capital, Mexico state, and Hidalgo, the service said in a statement.

The blast occurred last Friday night, hours after hundreds of Tlahuelilpan residents gathered near a pipeline to collect fuel after thieves had drilled a hole in the duct.

Army soldiers had arrived at the scene prior to the explosion but were unable to control the large crowd.

Stealing fuel from pipelines owned by state oil company Petroleos Mexicanos (Pemex) and re-selling it on the black market has become a major criminal enterprise in Mexico.

This form of theft cost Mexico some $3.4 billion last year, according to official figures.

Since his December 1, 2018, inauguration, leftist President Andres Manuel Lopez Obrador has launched an all-out fight against the racket, deploying thousands of police and troops to increase the surveillance of pipelines.

The administration also adopted a change in Pemex's method for shipping gasoline and diesel from refineries to urban distribution centres, opting to transport more fuel via tanker trucks instead of pipelines.

That modification has caused severe supply problems in at least 10 states and Mexico City and led to the closing of service stations and panic purchases.

In parallel with those steps, Lopez Obrador presented Tuesday a plan to provide economic aid to communities along the routes to discourage residents from illegally tapping into the conduits.

The plan is expected to benefit 1.68 million people in 91 municipalities and has an estimated price tag of 3.86 billion pesos ($187 million).

The goal is to alleviate poverty and end the need for people to tap the pipelines to get fuel, the president said.