'Deal is done': UK clinches Brexit agreement with EU ahead of December 31 deadline 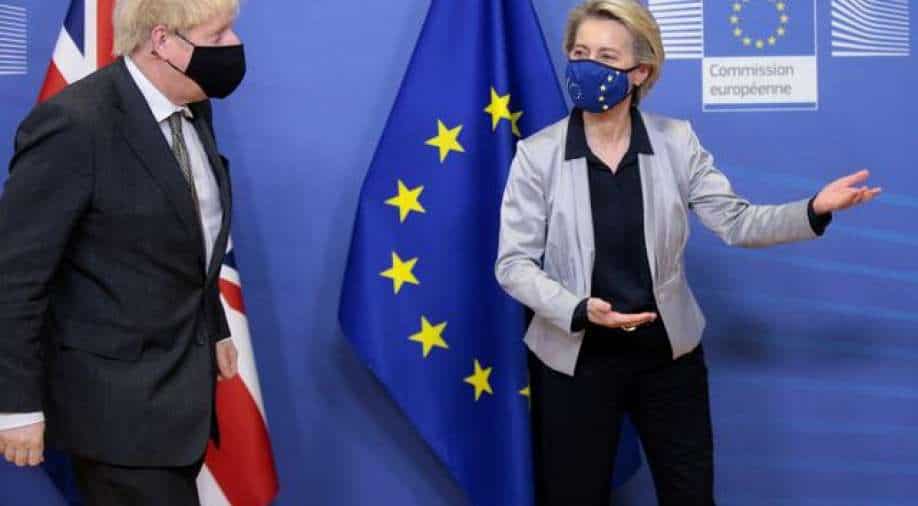 UK PM Boris Johnson announced on Thursday that "a deal is done" as EU and UK hammered out the Brexit deal.

The deal is done. pic.twitter.com/zzhvxOSeWz

According to reports, negotiators talked through the night on Wednesday to arrive at the deal with fishing rights which had become the bone of contention resolved in the end.

"We have finally found an agreement after a long and winding road," Ursula von der Leyen, president of the European Commission, said.

The European Commission chief said that EU will continue to cooperate in all areas of mutual interest including climate, energy and transport.

"Deal is done. Everything that the British public was promised during the 2016 referendum and in the general election last year is delivered by this deal," 10 Downing Street said in a statement, adding,"We have taken back control of our money, borders, laws, trade and our fishing waters. The deal is fantastic news for families and businesses in every part of the UK."

"We have signed the first free trade agreement based on zero tariffs and zero quotas that has ever been achieved with the EU. The deal is the biggest bilateral trade deal signed by either side, covering trade worth £668bn in 2019," it added.

"The deal also guarantees that we are no longer in the lunar pull of the EU, we are not bound by EU rules, there is no role for the European Court of Justice and all of our key red lines about returning sovereignty have been achieved. It means that we will have full political and economic independence on 1st January 2021," the statement added.

"It means that we will have full political and economic independence on 1st January 2021," the government said.

As the Brexit comes into force a points-based immigration system will be put in place which will put the UK in full control on who enters the UK and free movement will come to an end with the EU.