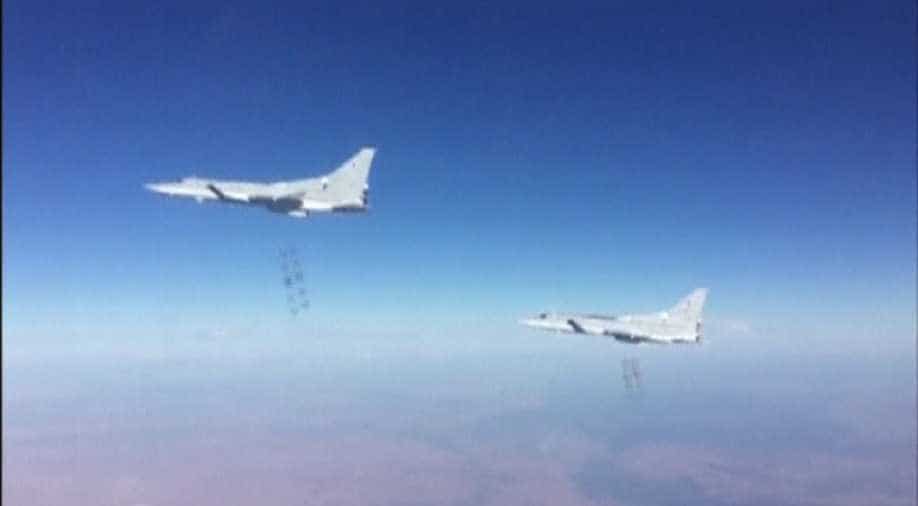 The defence ministry said the Russian Tu-22 bombers flew from an air base in Russia over the territory of Iraq and Iran to make the strike.

On Monday even as the Astana peace talks were taking place, Russian jets had pounded Islamic State in the same eastern province, seeking to thwart a full-blown assault by the militants against the last district in the region still held by the Damascus government.

Islamic State has launched its fiercest assault in a year to capture the government enclave, a pocket of Deir al-Zor city surrounded by IS territory, in a battle that has killed dozens.

The assault, which began earlier this month, appears to be part of an IS effort to shore up its presence in Syria as it loses ground in Iraq.

Islamic State controls nearly all of Deir al-Zor province, with the army retaining the air base in the city and neighboring districts, which the jihadists encircled in July 2014.

Just 24 hours ago, Iran, Russia and Turkey, the sponsors of peace talks between Syrian rebels and Damascus, agreed to a fragile three-week cessation of hostilities in Syria. The IS was not part of the Astana peace talks.

They agreed to a "trilateral mechanism" " and declared to "ensure full compliance with the ceasefire, prevent any provocation and determine all modalities".