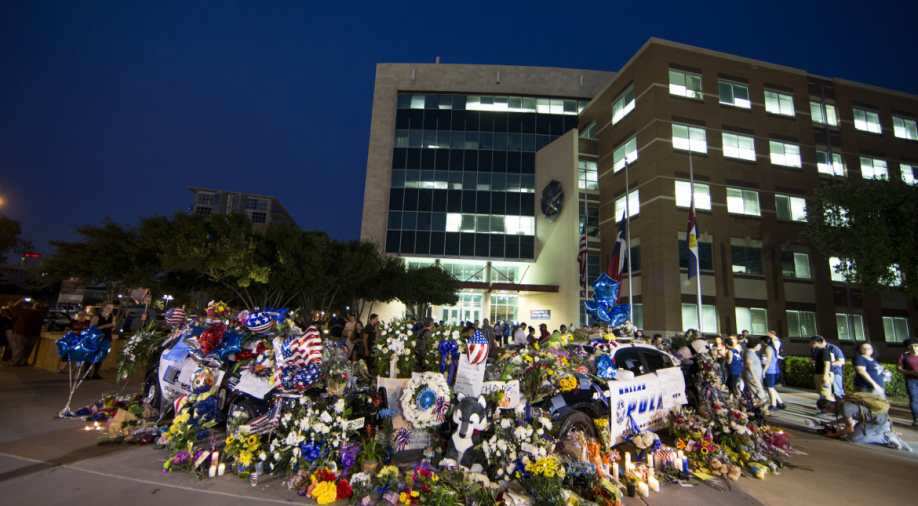 The Dallas police received an anonymous threat against law enforcement across the city and has taken precautionary measures, to heighten security, two days after a gunman killed five officers. Photograph:( Getty )

Follow Us
Dallas police headquarters heightened security on Saturday after receiving a threat against officers, police said on the scene told AFP two days after a gunman killed five officers in the Texas city.

"The Dallas police department received an anonymous threat against law enforcement across the city and has taken precautionary measures," to heighten security, Dallas police said in an emailed statement to media.

Although police officers told AFP the headquarters were on lockdown, the department tweeted that that was not the case.

The sight of a masked man caused police to go on heightened alert, the Dallas Morning News reported.

"A man wearing a black mask was spotted in a parking garage behind the headquarters," the paper said.

"Officers have completed manual search of the garage. No suspect found," the police department tweeted. "As a precautionary measure, K9 is conducting a secondary search."

The police asked reporters at the building to stop broadcasting live video from the scene.