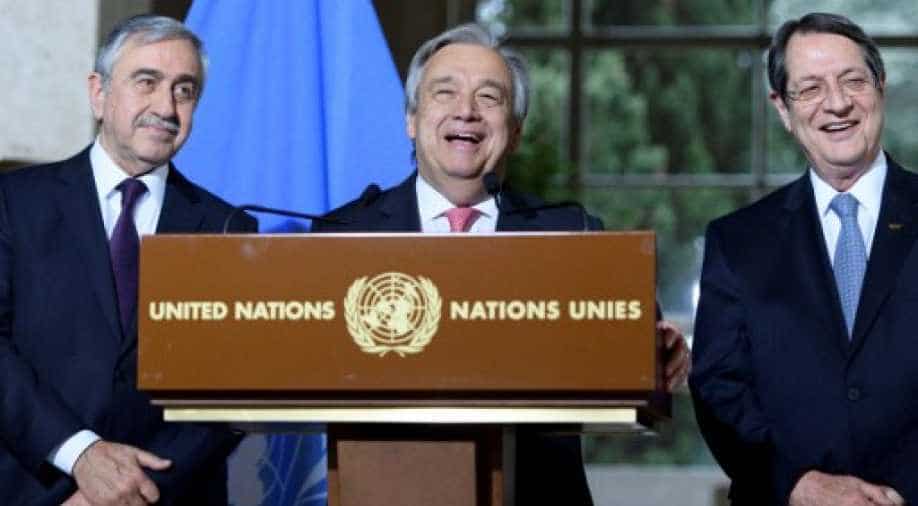 Cypriot leaders are close to reaching a deal on unifying the island but key issues remain unsolved, including implementing and guaranteeing a final pact, the new UN chief said Thursday.

"We are coming very close to what is the settlement," Antonio Guterres told reporters in Geneva after opening a first-of-its-kind conference on ending four decades of stalemate in the eastern Mediterranean island.

The UN-backed peace process is aimed at creating a unified state, with Greek Cypriot and Turkish Cypriot zones.

While Guterres said major progress had been made on resolving those questions, there were obstacles ahead on how to "implement" a deal and developing "instruments" to preserve it.

"You cannot expect miracles of immediate solutions, we are not looking for a quick fix," he said on his first foreign trip since taking over the UN's top job on January 1.

"We are looking for a solid sustainable solution for the Republic of Cyprus," he added.

Under a 1959 agreement, those nations have the right to intervene to protect Cyprus's sovereign integrity.

Ankara used that pact to justify its 1974 invasion that divided the island, which came in response to an Athens-inspired coup seeking union with Greece.

Britain and Greece have said they are willing to do away with the guarantor power arrangement, but Turkey on Thursday made clear that it expects some form of the deal to be preserved.

The goal, Guterres said, was to find a new system that "guarantees the security concerns" of both the Greek Cypriot and Turkish Cypriot communities.

"We are at a starting point" on the question of security, he said.

"My hope is there will be a breakthrough", he continued, adding that Cyprus can be "a symbol of hope."