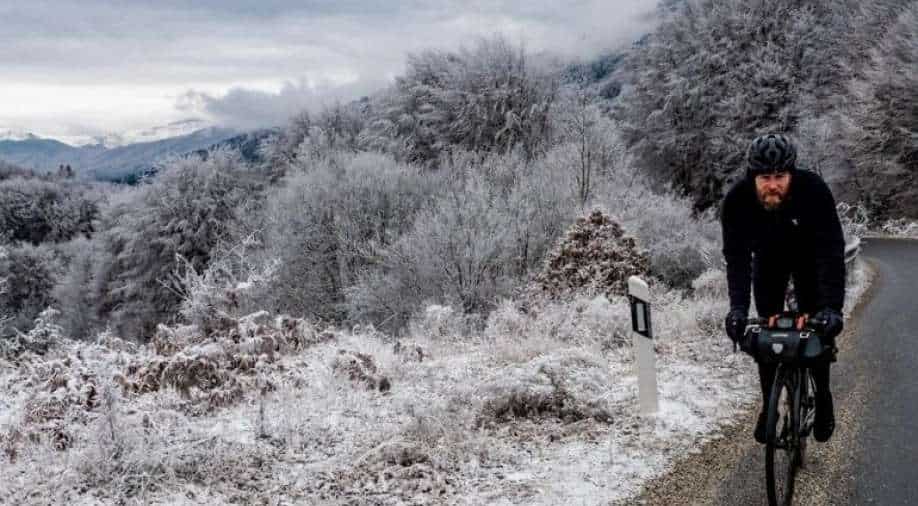 His goal is to go around the world by cycling, running, swimming, practising activities that do not involve the use of any motor

The pandemic has forced people inside their homes to an extent that was neither imagined nor ever previously considered.

However, Jonas Deichmann, a German adventurer has set off a journey on his cycle to travel around the world despite border restrictions.

His goal is to go around the world by cycling, running, swimming, practising activities that do not involve the use of any motor.

When Europe began to open up last summer, Deichmann saw it as an opportunity to start off his adventure.

"When I started out at the end of September the [Covid-19] situation was not as it is now. Covid-19 was there, but the second wave had not arrived and there were no mutations, and things were improving," he was quoted as saying by SCMP.

He has ridden through the Alps to Croatia and also swum along the Adriatic coast.

"It was just horrible, all of the time," the German adventurer said.

"From a mental perspective, there's just nothing to see. On a bike, there's always something to see, and you're making progress."

"I got stung by jellyfish all of the time, on my face. That's not fun."

He planned initially to go to Turkey and ultimately cross into China.

The plan B was going to Russia, but the authorities rejected his visa application.

"I decided that it wasn't looking as if things were changing any time soon, and so I had to work on a plan C," he said.

The suitable option seemed to cycle back to Europe, sailing across the North Atlantic to the US and then approaching to the Pacific coast.

Now he's slowly retracing his path and expects to cross back into Bulgaria in three weeks or near about.

If the Russian visa and plan B succeeds, he will pass through Romania and Ukraine and cross Russia in about 90 days.