Current sanctions announced by US won’t affect Putin at all: Estonia's former prez 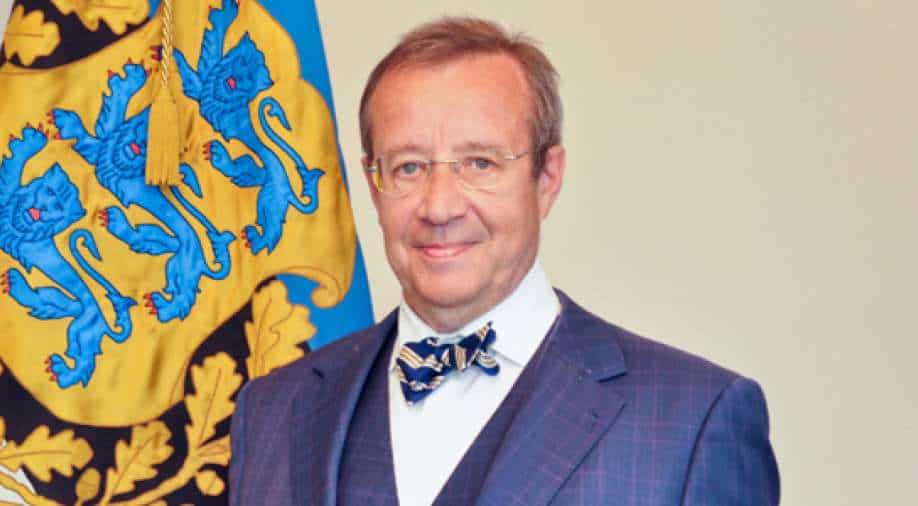 Toomas Hendrik Ilves, former Estonian president, believes that the current round of economic sanctions announced by the Biden administration will have little to no impact on Russian President Vladimir Putin.

Speaking exclusively to WION on Wednesday, Ilves said, "The ones (sanctions) announced now are pointless since they are directed towards the common people of DNR (Donetsk) and LNR (Lugansk). The real sanctions that bite would affect the oligarchs and the people in power. "

"The entire Russian leadership has massive amounts of money stored in the West. And why is there money stored there? Because they don’t even trust their country’s rule of law, "he added.

He said that sanctions would have an effect only if they were directed towards the elite responsible for the current situation.

"All of their holdings in the West should be frozen as of this moment," he added.

He signed an executive order to "prohibit new investment, trade, and financing by US persons to, from, or in the so-called DNR and LNR regions of Ukraine," an abbreviated reference to Donetsk and Lugansk.

Even though the US and a handful of countries in Europe warned of more sanctions in the event of Ukraine's invasion, many countries in the region have kept mum.

So far, Italy and Germany have not indicated what kind of action they would take in the event of such a possibility.

Even though Germany froze a new gas pipeline that it shares with Russia, Ilves asserts that Berlin has not taken any effective action that could harm the elites in Russia.

"So far, Italy and Germany have said no sanctions on energy or on cutting off SWIFT (a messaging network used by banks and other financial institutions to quickly, accurately, and securely send and receive information, such as money transfer instructions). The issue here is whether Italy and Germany have the courage to issue sanctions on the oligarchs and the leadership that have property in their territory. I suspect that within the EU, there will be quite a bit of a debate over these issues in the next few days, "he said.

When he was asked whether the aim to expand NATO by allowing Ukraine to join the alliance led to the current escalation, the former president said, "This is a complete canard."

"NATO has no desire to expand itself. The question is whether it is open to accepting countries or not, and why do these countries want to join NATO? NATO has no urge to expand; it will expand when countries fulfil its requirements. For example, holding free elections and upholding democratic principles, "he said.

In his recent speech, Russia's Putin emphasised reviving the law of "Soviet glory." When he was asked whether Estonia would consider joining the Soviet Union, he said, "It would be if we were in the position of Ukraine, which is outside the EU and NATO."

The difference is that in the 1990s, we undertook difficult, and often painful, reforms that allowed us to join the EU and NATO. So, we do feel threatened, but once you are in NATO, you feel much more secure. "