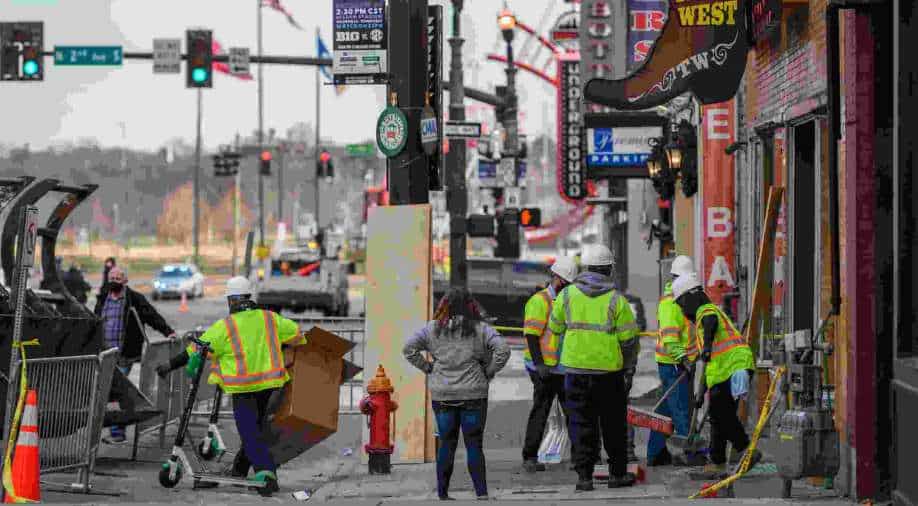 Critics assailed police officials on Wednesday, contending that the authorities could have been more persistent in investigating the tip and possibly could have intervened before Warner carried out the attack that damaged dozens of buildings, disrupted phone and internet connections across the region and unsettled Nashville.

NASHVILLE, Tenn. — The woman was clearly in distress, sitting on her front porch with a pair of unloaded pistols beside her when the police arrived in August of last year. The weapons belonged to her boyfriend, Anthony Warner, she told the officers, and she wanted them gone. And, she added, Warner was building bombs inside the RV parked at his house.

The police traveled there and knocked on his door, where there was no answer. They followed up for about a week. But they had no legal basis to search his home, the police said this week, and his lawyer prevented officers from looking inside the vehicle.

Sixteen months later, that RV was packed with explosives when, the authorities said, Warner drove it into downtown Nashville early on Christmas morning intent on destruction.

Critics assailed police officials on Wednesday, contending that the authorities could have been more persistent in investigating the tip and possibly could have intervened before Warner carried out the attack that damaged dozens of buildings, disrupted phone and internet connections across the region and unsettled Nashville.

“If someone had broken into that RV, they could have stopped the destruction,” said Zulfat Suara, a member of the Nashville Metro Council.

Police officials argued this week that they had taken that investigation about as far as they could. The evidence was not there to obtain a search warrant or investigate Warner further, officials said.

“Legally, there was nothing else that could have been done,” Chief John Drake of the Metropolitan Nashville Police Department said in a news conference on Wednesday. “Maybe we could have followed up more,” he added. “Hindsight is 20/20.”

Investigators are still searching for what might have motivated Warner, 63, to carry out the bombing. Three people were injured, and Warner’s remains were found in the blast’s wreckage.

Soon after the bombing, law enforcement officials said Warner had not had their attention before. “He was not on our radar,” David B. Rausch, the director of the Tennessee Bureau of Investigation, said Monday.

The authorities also released Warner’s criminal history: It included just one arrest, for a marijuana possession charge in 1978, when he was 21. Since then, Drake said Wednesday, Warner’s record had been “squeaky clean.”

But a police incident report surfaced on Tuesday in articles by The Tennessean and WTVF-TV, a Nashville station, that showed that Warner’s girlfriend had told the authorities of his bomb-making last year.

The woman’s lawyer called the police to her Nashville home on Aug. 21, 2019, saying that she was in distress, possibly suicidal, and that she had firearms, according to a police statement released Tuesday.

The lawyer, Raymond Throckmorton III, told officers that Warner “frequently talks about the military and bomb making,” according to the incident report. The report also said that Throckmorton told officers “that he believes that the suspect knows what he is doing and is capable of making a bomb.” The lawyer also said he did not believe that Warner was violent, according to police officials.

The officers knocked on the door of Warner’s two-bedroom duplex in the Antioch area of Nashville but “did not receive an answer,” according to the report. The RV used in the bombing was parked behind a fence. The police “saw no evidence of a crime and had no authority to enter his home or fenced property,” a department spokesman said.

According to a statement from police officials, Throckmorton told the police that he also represented Warner and later said that he would “not allow his client to permit a visual inspection of the RV.”

Throckmorton would not take questions from a reporter who knocked on his door on Wednesday morning. He said he had just recovered from COVID-19 and had spent months in a hospital this year from a stroke. His doctor had told him he could not afford for his blood pressure to get any higher, he said.

“I’ve already made all the statements I can make,” he said.

A lawyer for Throckmorton, Jim Roberts, said that he denied standing in the way of investigators. “He wanted them to search the home,” Roberts said. “Throckmorton followed up with police to make sure they had gone over there.”

Roberts said Throckmorton did not represent Warner at the time of the police investigation and had only provided legal services for a previous real estate transaction.

The incident report, dated Aug. 21, noted that the officers who responded to the call had notified their superiors within the Police Department. The police said they had forwarded the incident report and Warner’s information to the FBI, which said Tuesday that it and the Defense Department found no records on Warner after receiving a request from the police on Aug. 22.

Drake told reporters on Wednesday that he did not learn of the report until Sunday night. “I wanted to know what happened,” he said. “I wanted to know: What did the officers do, what was the follow-up investigation, what all do we know?”

He said that officers did not try to contact Warner after the first week of attempts, and that he was unsure if the initial case was considered open.

The rebuke by critics extended beyond the Police Department’s initial handling of the tip to what they saw as a failure to relay the information to the public earlier.

They argued that in other instances, such as in police shootings, the department moved quickly to release criminal histories about the people involved. Critics also raised concerns about race, questioning whether the investigation into Warner, a white man, was being handled differently.

“If his name had been Mohammed or Jamaal, would they have kicked the doors down?” said Suara, who, in 2019, became the first Muslim person elected to the Nashville Metro Council. She added that it reflected a broader problem in law enforcement — “not just a Nashville one.”

Bob Mendes, another council member, argued that the delay in speaking up about the prior inquiry, even as law enforcement officials held regular news conferences over several days, was “pretty intentional.”

“It feels disingenuous,” Mendes said. “In this situation, the public is entitled to a complete answer.”