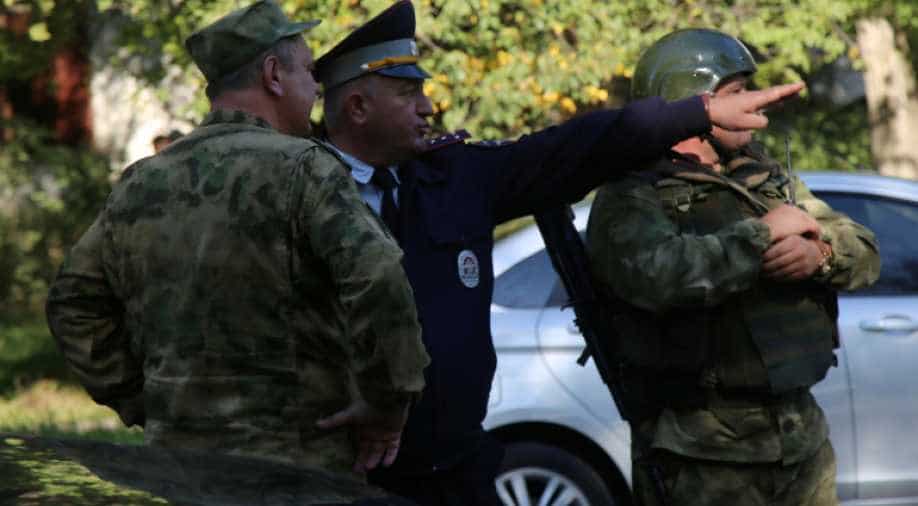 Roslyakov's ex also said that he was a shooting enthusiast whose favourite type of knife was the 'butterfly'.

The teenager who killed at least 20 people and himself in a school massacre that has rocked Russian-annexed Crimea had spoken about taking revenge for bullying, his ex-girlfriend told Russian media on Thursday.

"He would say that he lost trust in people when his classmates began humiliating him for not being like everyone else," a 15-year-old named as Zlata told the Kremlin-funded RT television of Vladislav Roslyakov.

"Vladislav was always telling me about his frequent fights with people around him," she said.

The 18-year-old had spoken to her about taking revenge for this bullying, RT reported Zlata as saying.

"He didn't want to live" because of it, said the girl, who broke up with Roslyakov at an unspecified time before the killing.

She said Roslyakov was a shooting enthusiast whose favourite type of knife was the "butterfly".

But she also described him as a good person.

"When we started going out, everything was fine. He was kind and considerate, he helped me when things were bad.

"I'm sorry for the people he shot and I'm very sorry that he killed himself. He was a very good friend."

Russian investigators and residents of the peninsula are looking to understand what motivated the killer and how he was able to carry out a massacre of this scale.