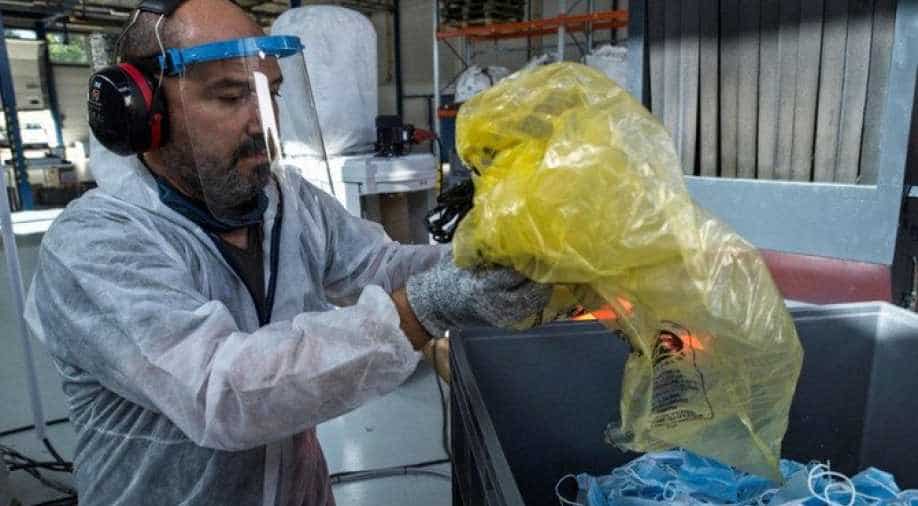 The story began in January, 2018, when China decided to shut its doors to plastic waste from the West. This gave illegal recycling plants in Asia, an opportunity to expand their trade.

A world built on drugs and arms trafficking has found a new and unlikely money minter -- plastic. Plastic waste, to be more precise.

The story began in January, 2018, when China decided to shut its doors to plastic waste from the West. This gave illegal recycling plants in Asia, an opportunity to expand their trade.

To this end, criminal networks are smuggling plastic trash from the West to illegal recycling plants in Asia, profiting from the 2018 ban on waste imports in China where the bulk of used plastic was previously processed, Interpol said on Friday.

China started importing waste in the 1980s, when ships delivering goods to Europe or the United States returned laden with potentially profitable recyclable materials. But Beijing put an end to the business in 2018 to upgrade its economy and force recyclers to tackle the surging volume of domestic waste lying untreated in huge landfill belts surrounding all of its major cities.

The report says "there has been a considerable increase over the past two years in illegal waste shipments, primarily rerouted to Southeast Asia via multiple transit countries to camouflage the origins of the waste shipment".

The bulk of this waste ends up in illegal recycling plants in South and Southeast Asia. These shipments are often concealed as 'non-hazardous' and as 'clean' plastic waste.

Such a vast illegal trade network cannot be run without some street muscle. And this is where organised criminal groups come in.

The Interpol report reveals that organised crime groups have infiltrated the waste sector using their legitimate businesses as a front.

One particular case, cited by Interpol, dates back to August last year -- when a mayor in the south of France was murdered for trying to stop an illegal waste dumping operation.

So there is money to be made from waste.

Illegal disposal plants have a fixed modus operandi. They either bury the pastic in landfills or burn them out in the open. Interpol describes this as crime-driven pollution.

To tackle this, authorities will have to drop their traditional approach of targetting dump sites.

And the Interpol wants probe agencies to adopt a more strategic approach by following the money trail and roping in intelligence agencies.