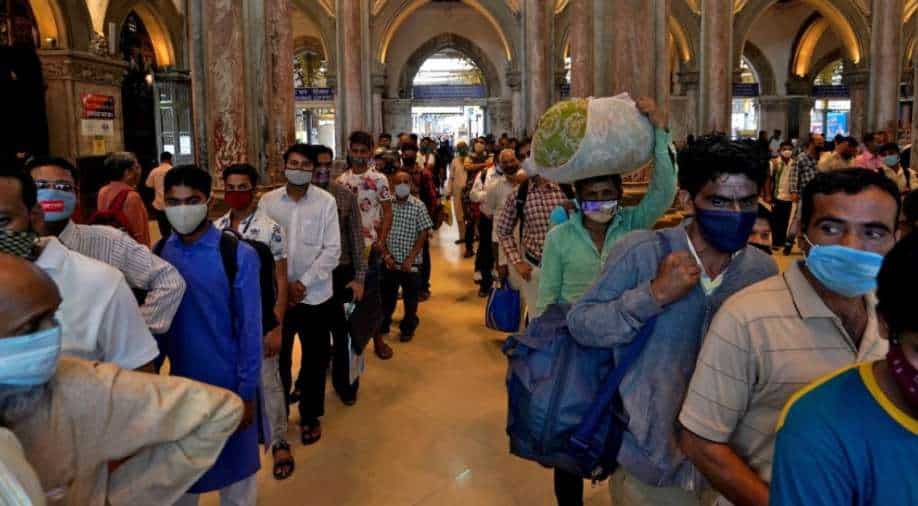 The annual "Democracy Index" published by the Economist Intelligence Unit found an erosion of personal rights in nearly 70 percent of the 167 countries analysed.

Emergency measures to curtail the coronavirus pandemic took tolls on democratic freedoms around the world last year, with setbacks in the West even as some Asian countries made progress, a report said Wednesday.

The annual "Democracy Index" published by the Economist Intelligence Unit found an erosion of personal rights in nearly 70 percent of the 167 countries analysed.

France and Portugal in particular were downgraded to the rank of "flawed democracies" -- in France's case because of lockdowns and other restrictions on movement.

That pulled down its aggregate ranking on subjects including civil liberties, political participation and functioning of government.

Portugal's slide reflected in part fewer parliamentary debates during the health crisis to function as a check on the prime minister's powers.

Overall, "the pandemic resulted in the withdrawal of civil liberties on a massive scale and fuelled an existing trend of intolerance and censorship of dissenting opinion," the report found.

Even though in many cases citizens approved or at least accepted drastic social distancing rules aimed at limiting Covid deaths, incoherent policies and enforcement undermined trust in government and democratic norms for many.

"The withdrawal of civil liberties, attacks on freedom of expression and the failures of democratic accountability that occurred as a result of the pandemic are grave matters," the report found.

In Asia, however, Japan, South Korea and Taiwan were promoted to "full democracies" from "flawed," as government's "reacted decisively" to the crisis and "retained the confidence of their populations."

Even though Asia still lags overall in terms of democratic freedoms, "the novel coronavirus pandemic has accelerated the shift in the global balance of power from the West to the East," the study said.

"Social cohesion has collapsed, and consensus has evaporated on fundamental issues... Joe Biden, faces a huge challenge in bringing together a country that is deeply divided over core values," it said.

Elsewhere, Mali was demoted to an "authoritarian regime" after a military coup last August, after years of battling a jihadist insurgency with the help of French troops.

North Africa and the Middle East were again the worst regional performers, despite pledges of improved government transparency since the Arab Spring uprisings that began in 2010.

"More than one-third of the world's population live under authoritarian rule, with a large share being in China," the study found.