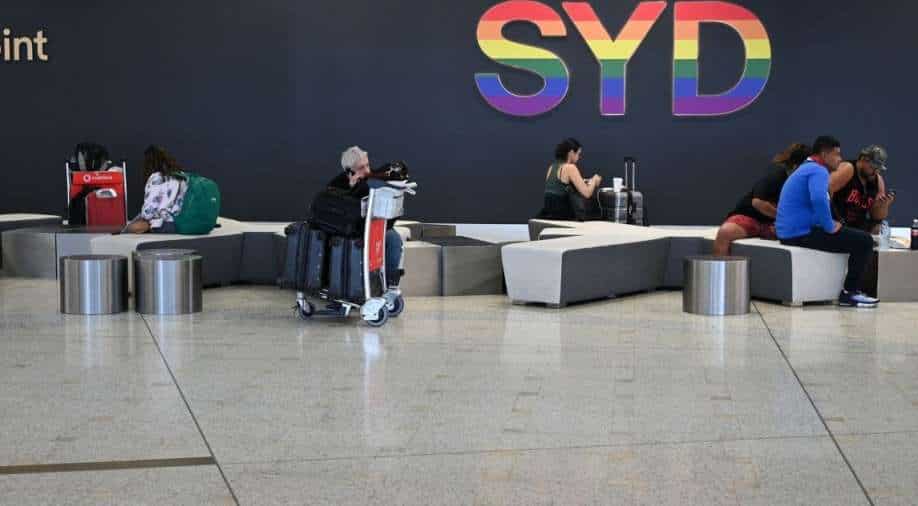 (File photo). Travellers sit in the international terminal of Kingsford Smith International Airport the morning after Australia implemented an entry ban on non-citizens and non-residents intended to curb the spread of the coronavirus disease (COVID-19) in Sydney, Australia, March 21, 2020. Photograph:( Reuters )

Western Australia on Thursday (March 3) became the last state in the country to lift border restrictions as the nation is now fully open to vaccinated travellers.

Western Australia had one of the world's longest border closures due to the coronavirus (COVID-19) pandemic as it was closed for almost 700 days and was cut off from the rest of the country and the world.

Perth's airport was the scene of emotional reunions as the first of a scheduled 22 domestic flights and five international flights began arriving on Thursday.

The president of the Australian Medical Association (Western Australia) Dr Mark Duncan-Smith told the Australian Broadcasting Corp. that such a tough border strategy might have worked.

He said, "What is happening here in WA [Western Australia] right now, with omicron at 1,000 cases a day, is a social experiment that has never been done in the world, and so what we are hoping for is that we will get a very, very soft landing and hopefully our hospitalization numbers will stay very low and that will be testimony to the effectiveness of those borders over the last two years, buying us that time."

On Wednesday, 61 deaths from COVID-19 were reported across Australia. None was reported that day in Western Australia, Tasmania or the Australian Capital Territory.