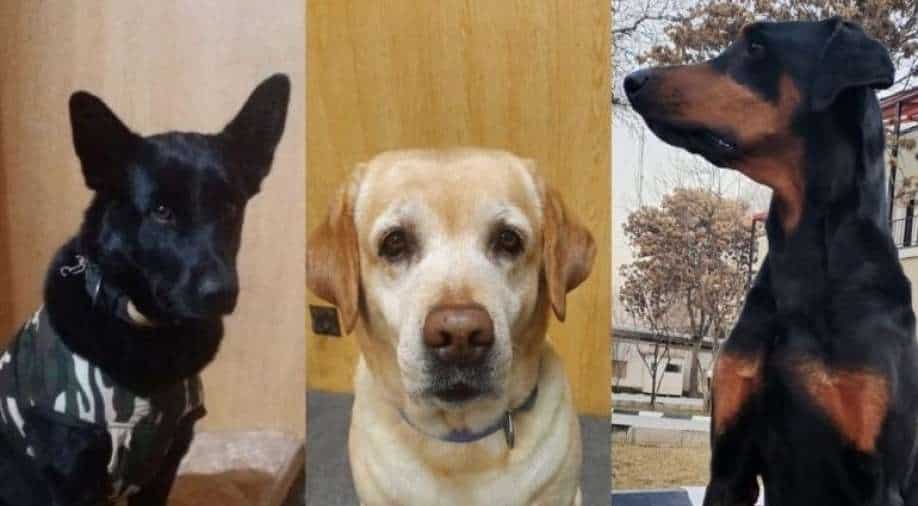 According to a study, sniffer dogs are better at detecting COVID than testing. Dogs can detect 97 per cent of COVID cases, and when it comes to determining who is virus-free, the dogs are 99 per cent accurate.

According to the strongest evidence yet, sniffer dogs are even better at detecting COVID than testing. Scientists have claimed that dogs' excellent sense of smell might be used to detect people harbouring the virus throughout the epidemic.

However, promising lab results — from dogs exposed to substances in carefully controlled environments — needed to be duplicated in real-world settings.

New research from the University of Helsinki shows that Labrador retrievers and white shepherds can detect up to 97 percent of positive cases.

According to the study, trained dogs are 99 percent accurate in determining who is virus-free among airport passengers.

Watch | Gravitas: Dogs that can remember names of 100 toys

According to research, lateral flow testing can detect up to 72% of instances. When deployed at airports and other large gatherings, Finnish experts believe dogs can be a "useful instrument to contain the pandemic."

Sniffer dogs are already being used to detect epilepsy, cancer, and Parkinson's disease.

Dogs can detect a scent at a concentration of one part per trillion, or about a spoonful of sugar in two Olympic-sized swimming pools.

They may be able to detect molecules that are discreetly secreted by the body when it is sick.