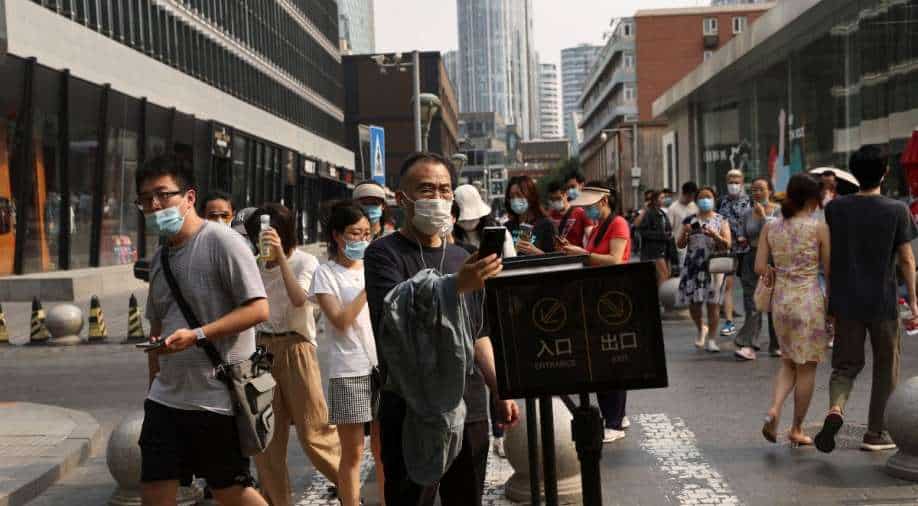 An official told a news briefing that the Chinese capital Beijing has had 1,822 Covid infections as of 3 pm local time Monday since April 22

After cases started declining, the Chinese capital city Beijing is easing coronavirus (COVID-19) measures which were imposed under its zero Covid policy. Due to the rise in Covid cases, China forced a zero-Covid strategy of hard lockdowns, mass testing and long quarantine periods. Such strict actions were taken to remove Covid clusters and outbreaks.

Local authorities said in a statement on Sunday (June 5) that the public transport will resume in most districts, except for Fengtai and some parts of Changping. People are allowed to return to the office and restaurants to start dine-in services.

Pang Xinghuo, who is the deputy director at Beijing Center for Disease Prevention and Control, told a news briefing that the Chinese capital Beijing has had 1,822 Covid infections as of 3 pm local time Monday since April 22.

Restaurants, which have been restricted to takeaway since early May, opened for business as dine-in service in most parts of Beijing also resumed.

In Shanghai, most of the city's 25 million inhabitants have been able to move freely since Wednesday. But hundreds of thousands still face restrictions after being designated close contacts of infected people.