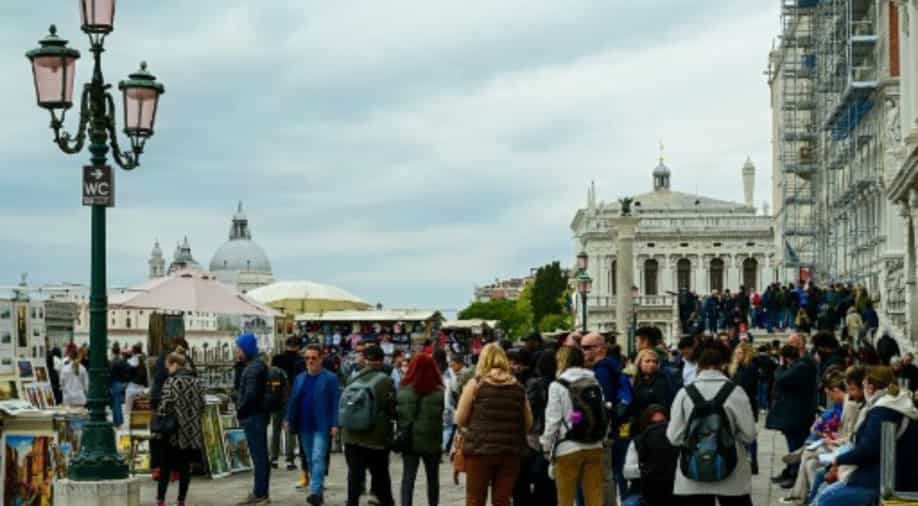 However, the primary indices are still below the peaks reached earlier in the pandemic. (representative image) Photograph:( AFP )

As the primary pandemic indicators in the country continues to climb, Italy on Thursday (June 30), amended new coronavirus health measures in the workplace.  As per the new regulations developed by the Ministry of Labour and Social Policies and the Ministry of Health, wearing masks will be made mandatory for people who face certain health concerns or are in places where infections could be raised.These modification in guidelines comes after the Covid situation in Italy got worse recently. The guidelines encourage “smart working” which includes working from home rather, as well as staggered entry, exit times for employees in workplace and common places such as changing rooms and food dispensaries, reported by ANI.

Employees with body temperatures over 37.5 degrees Celsius are prohibited from accessing workplaces as per the guidelines issued for private organisations. Any employee who exhibits flu-like symptoms is obligated to notify his or her employer “timely.”

Gimbe Foundation, a health monitoring organisation issued a report on Thursday (June 30) as per which the Covid infections throughout the country increased by over 50 per cent during previous week. The organisation also noted on the basis of data released by Health Ministry that the throughout the same time period, the hospitalisation got increased by 25 per cent.

Also read | Abortion in Italy is legal, but finding one is hard

In the meantime, the weekly fatality rate increased by 16 per cent and the number of patients in intensive care units increased by 15 per cent.

However, the primary indices are still below the peaks reached earlier in the pandemic.