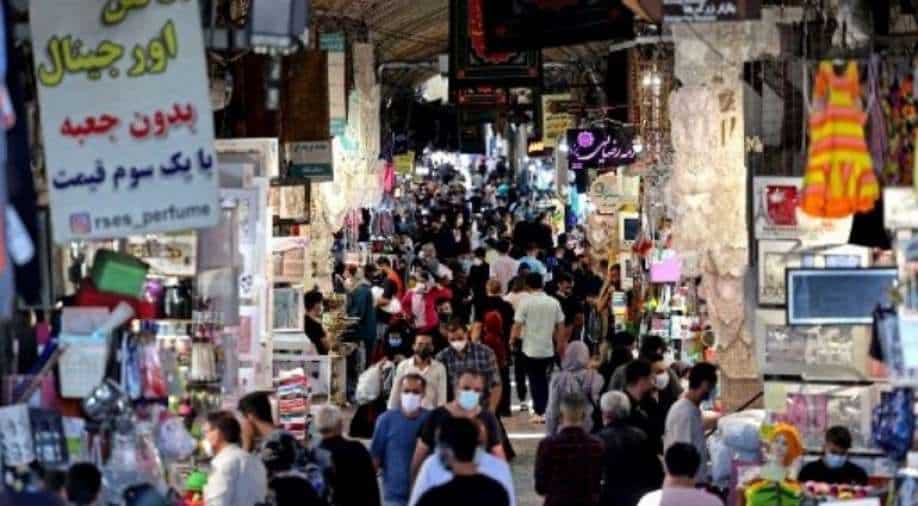 The Iranian Health Ministry, on its official site, reported that the virus has killed 508 people since Tuesday noon, raising the overall death toll to 95,111.

The Iranian Health Ministry on Tuesday (August 10) reported that Coronavirus (Covid-19) pandemic has claimed 95,111 lives in the country so far after 508 new deaths were registered in the past 24 hours.

Earlier, Iran's state TV on Monday said that "at least one person is dying every two minutes" due to COVID-19 as cases continue to surge in the country, making Iran the worst-hit in the Middle East. "Every two seconds one person gets infected in Iran and almost every two minutes one person dies from the coronavirus," state TV said.

It also added that most of Iran's 31 provinces have moved from the lower risk orange level to red alert, in which only essential businesses are allowed to operate.

As the COVID-19 infections have been increasing since June, the Iranian officials warned that it is a "fifth wave" caused by the highly infectious Delta variant.

Tehran, with a population of over eight million, is facing the highest numbers of deaths, infections and hospitalisation, according to Nader Tavakoli, deputy head of the capital's virus task force.

He recently told ISNA news agency that "we will see deaths increase in the coming days". He further added that "we have no idea when we would reach the peak of this fifth wave". He also mentioned that Tehran's hospitals and emergency wards are "overburdened".

Iran is now hoping that vaccinations will help with the health crisis and curb the spread of virus, however, the inoculation campaign, which was launched in February, has progressed slower than planned.

In January, Iran had banned the import of US and British vaccines, saying they were "unreliable" and could spread the infection. However, the authorities have approved the emergency use of two locally produced vaccines, with the only mass-produced one, COVIran Barekat, still in short supply.