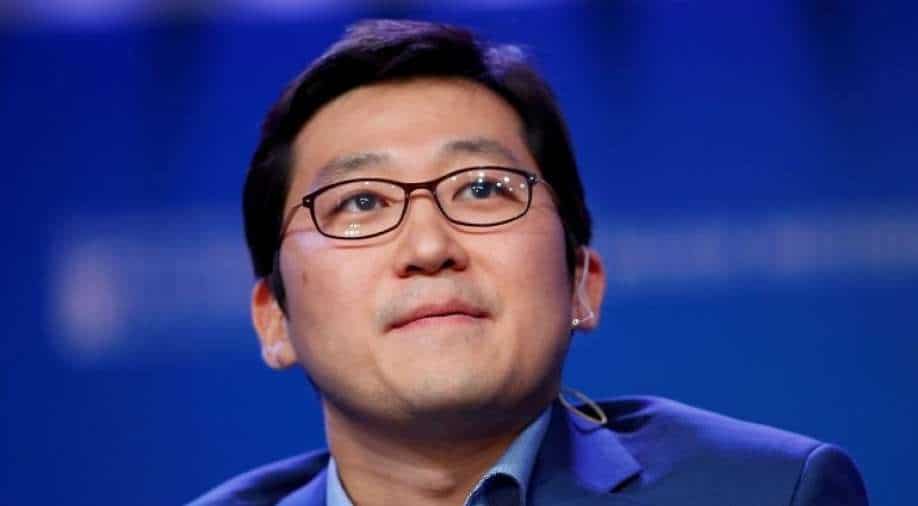 The blockbuster listing, the biggest in New York since Alibaba's US record $25 billion offering in 2014, will make an overnight billionaire of founder Kim Bom-suk, with the 42-year-old CEO's 10 per cent holding worth around $6 billion

South Korean e-commerce giant Coupang has raised $4.2 billion in its initial public offering that makes it the biggest listing in the United States so far this year.

The Seoul-based firm is backed by SoftBank Group was valued at around $109 billion in its market debut on Thursday.

Coupang's stock soared 81 per cent to open at $63.50. The company had priced 130 million shares sold in the IPO at $35 per share, higher than the marketing range $32-$34 per share, giving the Seoul-headquartered e-commerce giant a market value of $60 billion.

The blockbuster listing, the biggest in New York since Alibaba's US record $25 billion offering in 2014, will make an overnight billionaire of founder Kim Bom-suk, with the 42-year-old CEO's 10 per cent holding worth around $6 billion.

Founded in 2010, Coupang rose to prominence after launching its guaranteed same-day or next-day delivery service in the East Asian country. SoftBank's $100 billion Vision Fund owns 35.1 per cent of Coupang.

Coupang's spectacular debut further bolsters the recent fortunes of the Vision Fund, which is bouncing back from an annual loss last March. Last month, it announced record quarterly profit.

Coupang operates an online marketplace that sells everything from fresh groceries to toys, as well as food delivery app Coupang Eats.

"We're laser focused on our home market," Kim said in an interview. "We're going to invest in 50,000 more jobs and billions of dollars more in not only the infrastructure, but the unique end to end technology that powers all of those services."

Coupang's successful share offering comes as the US IPO market is at its strongest in more than two decades and investors are flocking to buy shares in technology companies that have benefited during the COVID-19 pandemic.

The IPO is the biggest in the United States this year, surpassing the $2.15 billion raised by dating app Bumble Inc. It also marks a jump in Coupang's valuation, which was pegged at $9 billion in a fundraising round in 2018, according to Pitchbook.

Analysts in South Korea said the strong response to Coupang's offering was a result of its market-leader position in the country at a time when, like many other e-commerce firms, its sales have grown due to the COVID-19 pandemic.

"Considering the high level of valuation inherent in the pricing, the market is giving a generous assessment of the company's achieving the top spot in market share," said Park Sang-joon, analyst at Kiwoom Securities.

Coupang was the top-ranked South Korean e-commerce firm in 2020 with 19.2 per cent market share, according to Euromonitor, compared to Naver Corp's 13.6 per cent and eBay Korea's 12.8 per cent. It was the 10th largest e-commerce firm in the world, based on retail value excluding sales tax.

Goldman Sachs, Allen & Co, JPMorgan and Citigroup are the lead underwriters for the offering.