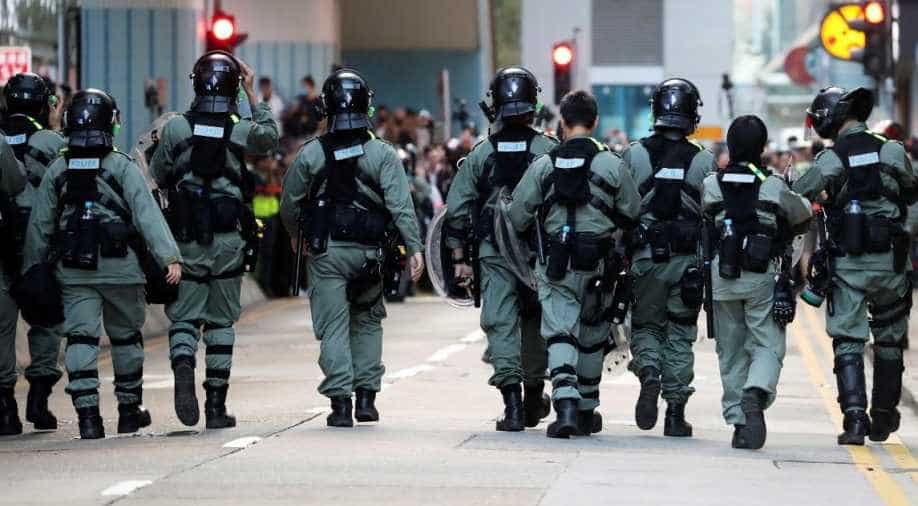 The Chinese-ruled city as been convulsed by almost daily and often violent protests since public opposition to a now-withdrawn extradition bill developed into demands for greater freedoms.

Hong Kong police have earned an average of US$ 11,000 for each officer in overtime pay during the last six months of anti-government protests, with the total overtime bill coming to more than US$120 million, the government said on Friday.

Police have covered more than 900 protests since June and worked overtime only in "inevitable circumstances", the government's security bureau said in a written response to questions from pro-democracy lawmakers.

The Chinese-ruled city has been convulsed by almost daily and often violent protests since public opposition to a now-withdrawn extradition bill developed into demands for greater freedoms.

The security bureau said police overtime since the start of the turmoil has cost the government HK$950 million ($121 million). Some 11,000 police officers were paid overtime, which would mean an average of HK$86,363 per officer.

The protest has regularly featured ranks of riot police firing volleys of tear gas or baton-charging protesters, often in central business or tourist areas. They, in turn, have been targets of petrol bombs and other projectiles hurled by protesters, many of them masked.

There have been widespread allegations of police misconduct during the protests and public satisfaction with a force once held in great respect by the public has fallen to the lowest on record, according to a poll by the Hong Kong Public Opinion Research Institute.

Police have described their actions as reactive and restrained.

One pro-democracy lawmaker said that Hong Kong had become a "police city".

"Many citizens must question why they have to pay this bill for police officers. The whole society is shocked," Au Nok Hin told reporters.

A pro-Beijing lawmaker defended the overtime payments, saying police should be paid extra for extra work. China has said the police have shown restraint and that accusations of excessive force were false.

Protesters have called for an independent inquiry into the police force, making it one of their five demands on the Hong Kong government.

This week, five foreign experts said they had quit advising the police watchdog over doubts about its independence and ability to conduct an investigation into police conduct.