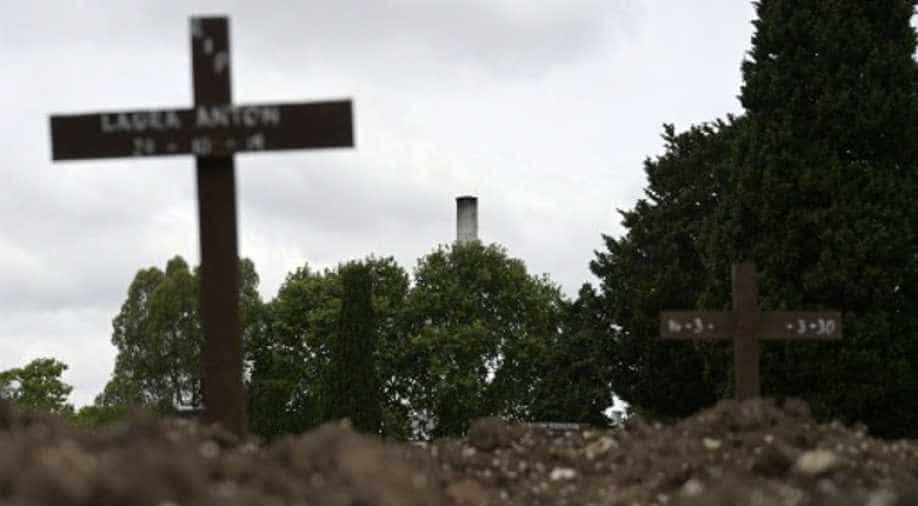 The cost of buying, renting and maintaining graves and tombs is so high in Argentina that many people opt to cremate their loved ones instead.

No one can escape Argentina's biggest economic crisis in almost two decades -- not even the dead.

The cost of buying, renting and maintaining graves and tombs is so high that many people opt to cremate their loved ones instead.

Juan Tapia runs the Cocheria Tacuari undertakers in Buenos Aires, which has been operating for 60 years.

"It's an economic problem. People don't have enough money to pay for a service. Family members help each other, ask for loans; some come and pay with US dollars that they've saved or kept under the mattress," he told AFP.

Undertakers are constantly forced to drop their prices "because unfortunately, people don't have the same spending power of a few years ago."

Paying for a funeral "means, for a family, that they might not eat this month," said Tapia.

More expensive options can cost up to 180,000 pesos, but few are interested in those.

"Almost 90 per cent ask for cremation. Young people want nothing to do either with graves, niches (cubbies for storing remains urns) or tombs," said Tapia.

His estimations are not far off from official statistics.

In 2018, 78.5 per cent of corpses in Buenos Aires were cremated, according to an AFP count of public records. That's the highest proportion over the last decade.