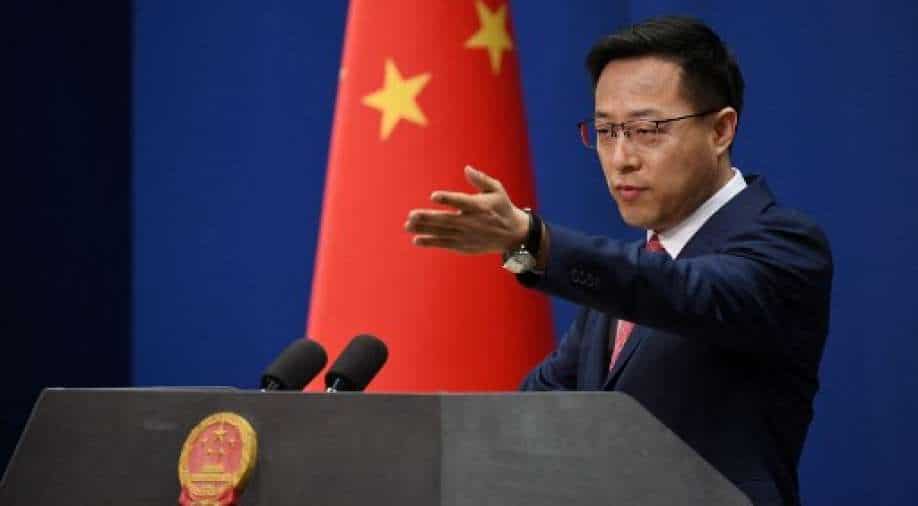 The Chinese foreign ministry lashed out at the US, stating that the US intelligence has a "notorious" track record

A day after President Joe Biden ordered US intelligence to probe the origins of coronavirus, President Xi Jinping's regime said the US was attempting to make a "scapegoat" out of China.

"In July 2019, there were respiratory diseases that emerged in northern Virginia for unknown causes and we also saw the Evali outbreak in Wisconsin. Did the US ever share information and data on relevant cases?," the Chinese foreign ministry spokesman Zhao Lijian hit back on Thursday.

His comments came after Biden asked the US intelligence on Wednesday to report back to him on the origins of the virus within 90 days.

In a statement, Biden said he had "asked for areas of further inquiry that may be required including specific questions on China."

"The US keeps talking about wanting China to participate in a full, transparent, scientific evidence-based international investigation. Then we ask the US to follow China's example and immediately start science-based cooperation with the WHO," China's foreign ministry said.

"Their aim is to use the pandemic to pursue stigmatisation, political manipulation and blame shifting," it added.

The Chinese foreign ministry lashed out at the US stating that the US intelligence has a "notorious" track record citing the "test-tube of laundry powder which was cited as the evidence of weapons of mass destruction and the staged white helmets video to launch strikes on Syria."

The foreign ministry, while questioning the credibility of US intelligence, said that the US has turned "a blind eye to facts, science and questionable study of origins" while adding that it has "kept clamouring for additional investigation in China."

The US had earlier called for a "transparent" phase 2 probe of the coronavirus origins study after a US newspaper reported that researchers at the Chinese virology laboratory in Wuhan had fallen ill back in 2019 nearly a month before Chinese authorities reported the first coronavirus case to the WHO.

However, the Chinese foreign ministry denied the report claiming that no one at the Wuhan lab had fallen ill before the outbreak of the virus asserting that the US was "hyping the lab leak theory".