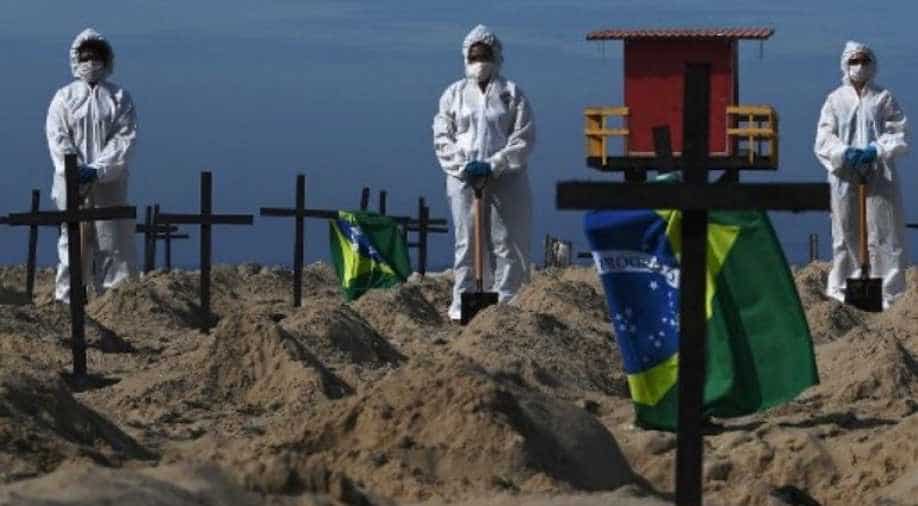 Brazil has recorded a steep surge in single day spike of COVID-19 cases on Wednesday. The South American country reported 42,725 cases in the last 24 hours, as per health ministry. Many health experts have warned the country was easing lockdown too soon.

This is the second-highest single-day increase in cases. On June 19, 54,771 cases were reported in 24 hours.

Experts say under-testing in the country of 212 million people means the real numbers are probably much higher.

Despite a surge in cases, the South American country is slowly heading towards exiting the lockdown. "We're sending people to the slaughterhouse," said Domingos Alves, a professor of medicine at the University of Sao Paulo and member of a scientific committee monitoring the crisis, COVID-19 Brasil.

"The curve in Brazil is still rising sharply. We're still in the first wave."

The United States continues to be the worst-hit country as they witness the second wave of the virus.