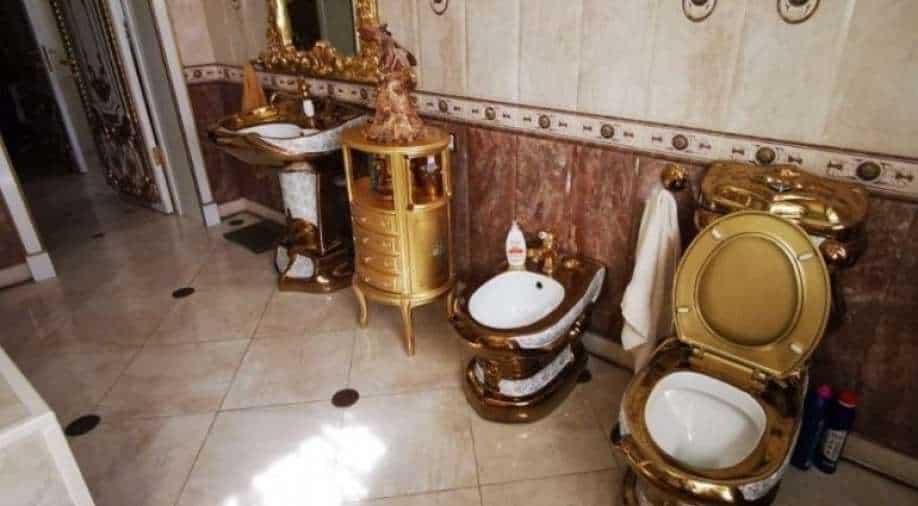 Investigators in Russia have uncovered a multi-million ruble bribery scheme, but more than the huge amount involved in this case, a golden toilet bowl has stolen the show.

Yes, you read that right, a toilet bowl made of gold is shining through the investigation, pun intended.

Discovered in the top cop colonel Alexei Safonov’s luxurious residence in southern Russia’s Stavropol region this toilet has reminded many of the 1990's “Wild East” opulence of post-Soviet capitalism.

According to a statement by the Investigative Committee, Safonov and six of his subordinates were detained based on allegations of bribery extortion amounting to 19 million rubles ($255,000) during the past several years. Allegedly, he and his gang would demand these bribes in exchange for illegal grain transportation licences.

If found guilty Safonov will face a prison sentence between 8 to 15 years.

As part of a large-scale operation, more than 35 members of Stavropol's traffic police department were apprehended, according to Alexander Khinshtein, a lawmaker with the pro-Kremlin United Russia party.

During the investigation, the authorities have searched about 80 properties and confiscated a large amount of cash, expensive cars and documents.

Safonov's golden toilet bowl was discovered during one of these raids. Video released by the investigators also shows gold decorations all around his house.