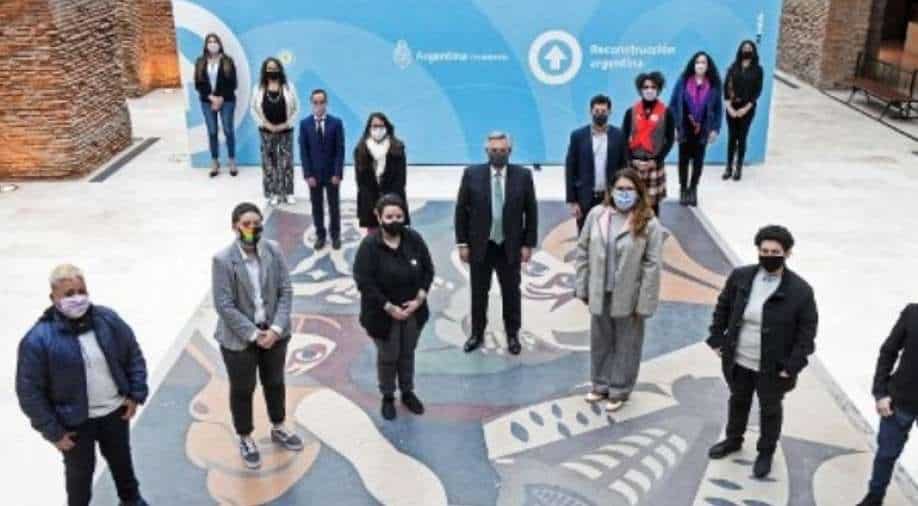 A presidential decree has made Argentina the first country in Latin America to allow people to indicate gender beyond the binary on their national identification documents, by ticking an "X."

Instead of the cisgender gender identifiers of male or female, this option will help safeguard those who don't identify with the gender binary.

With this new choice, gender identity will be protected in a way that goes beyond the traditional binary distinction between males and females. This move has been discussed since 2012.

The official gazette of the country stated that the "X" could denote several different statuses, including "non-binary" or "indeterminate," as well as "another meaning" for someone with difficulties relating to the male/female binary.

Celebrating the decree, President Alberto Fernandez during a ceremony at the capital's Bicentennial Museum said that "the state should not care about a citizen's sexual orientation.". Talking about the importance of respecting identities beyond gender, he added that there are "a thousand ways to love, be loved, and be happy".

This "historic advance in the matter of rights" was celebrated by Argentina's LGBT Federation, which says that while this use of 'X' is not totally inclusive of the wide range of identities that exist, it does mark an important step towards achieving true equality in rights.

In Fernandez's view, the acceptance of same-sex marriage in his country under a law in force since 2010 is what sparked the development of this nation's commitment to diversity.

The Argentine government also recently passed a law that creates a quota for transgender workers in the Public Administration.

Argentina's national identification document (DNI), as well as its passport, will both include the new "X" category.