Consulates in Houston, Chengdu being readied for closure as US, China clash 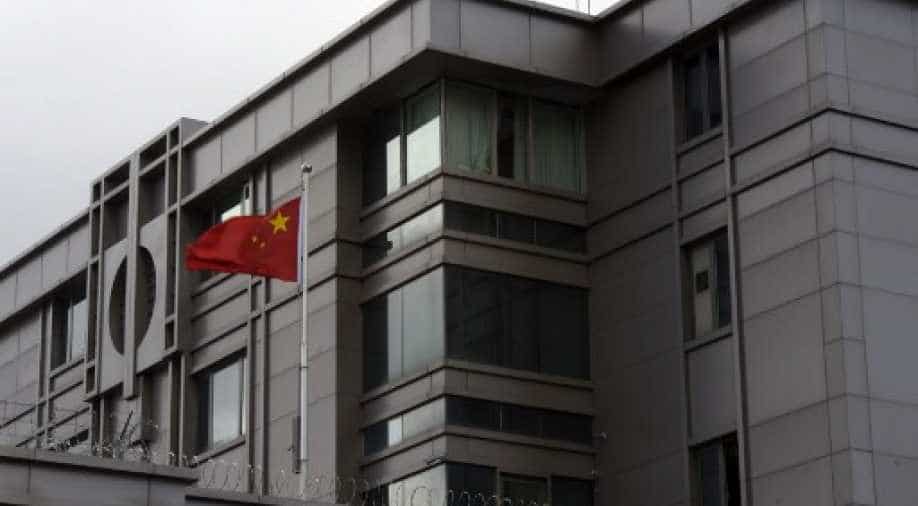 The US officials had alleged the Houston consulate was a hub of a spying network run by the Chinese, and was part of a larger espionage effort using diplomatic facilities around the country.

US federal agents entered the Chinese consulate compound in Houston on Friday following the order to close the diplomatic facility.

The US officials had alleged the Houston consulate was a hub of a spying network run by the Chinese, and was part of a larger espionage effort using diplomatic facilities around the country.

To this end, a group of men accompanied by a US State Department official were seen forcing open a door at the Chinese consulate in Houston on Friday, shortly after a US government closure order for the mission took effect.

The group included a man who appeared to be a State Department top official. After the men pried open a rear door and went inside, two uniformed members of the US State Department's Bureau of Diplomatic Security arrived to guard the door.

According to CNN, a series of black SUVs, trucks, two white vans and a locksmith's van entered the property on Friday afternoon.

Meanwhile, staff at the US consulate in the Chinese city of Chengdu were busy packing belongings and removing the American insignia from the building on Saturday, a day after Beijing ordered its closure in a tit-for-tat diplomatic battle with Washington.

At least ten sacks were removed from the building in the early hours of the morning.

A worker on a small crane removed a circular US insignia from the front of the consulate, leaving just an American flag flying on the now unmarked site.

Other staff were seen moving trolleys around inside, one carrying a large empty metal bin, while some wheeled suitcases.

US officials said the consulate had been implicated in a fraud investigation at a Texas research institution and that Chinese consulate officials "were directly involved in communications with researchers and guided them on what information to collect."

The US had given China roughly 72 hours to "cease all operations and events" at the Houston facility on Tuesday, according to the Chinese Foreign Ministry, which called the move an "unprecedented escalation" amid ongoing tension between the two countries.

RTensions have soared between the two powers on a range of fronts, including an ongoing trade war, the coronavirus pandemic, and US criticism of China's human rights abuses in Hong Kong and Xinjiang.

Washington's demand for the Houston consulate to close also triggered a Chinese demand earlier Friday that the US close its consulate in Chengdu. Beijing says closing the Chengdu consulate was a "legitimate and necessary response to the unreasonable measures by the United States", and has alleged that staff at the diplomatic mission endangered China's security and interests.