India will need to make some hard choices in dealing with the Rohingya crisis fermenting at its doorstep, threatening to explode any minute.

What the country is facing right now, is a difficult choice between its constitutional ideals, and more pressing concerns relating to national security and foreign policy. To dub India's decision to deport the Rohingya refugees as a “heartless, inhumane act”, would be naivety of the highest order. To conclude that national security is a myth- a phenomenon designed to further state control over individual lives- would amount to a serious academic blunder.

State security and human security are not mutually exclusive, as is being termed by those who keep undermining the former against the latter. In reality, national security is an essential, if not the only, precursor to human security. In a country ravaged by inter-state war, civil conflict and ethnic discord, human security always ends up facing a grave threat. Essential determinants of human security, including the right to food, clothing, shelter, livelihood, the right to life, liberty and freedom of expression, cannot be guaranteed by a state that faces a grave threat to its external borders, social discord or ethnic tensions.

To conclude that national security is a myth- a phenomenon designed to further state control over individual lives- would amount to a serious academic blunder.

Human rights violations are, therefore, the gravest in countries where state building is still incomplete or where the state has lost the authority and the control to govern and administer. Today, Syria and Iraq- the liberal world's experiments at democracy, present the worst picture of human security. This probably resolves, to some extent, the illusion of mutual exclusivity, which has been underlining most scholarly analysis of the current crisis.

To be clear, the Rohingya crisis, as it is unfolding today, is a grave human rights situation confronting the South Asian region. Ethnic cleansing of over a million people at the hands of a national army is an issue which must be condemned and the Burmese government must be held responsible. However, to expect that the countries hosting the millions of refugees, pouring through their borders, must be open to their resettlement and rehabilitation within their boundaries, is an idealistic demand on the nations already dealing with intra-state refugee problems, communal strife and terror-related violence.

How are Rohingyas a threat to national security, you ask? The answer to this question is more grey, than simply black or white.

An entire community cannot be (and must not) be labelled as criminal offenders, without any substantial evidence. By chastising the Rohingyas as terrorists and subjecting them to inhuman treatment, India will be following Myanmar in its footsteps. However, India cannot remain blind to the idea that radicalisation and social alienation are inextricably linked, and the Rohingyas, therefore, make a vulnerable target for those who seek to perpetuate Jihad in their name.

By chastising the Rohingyas as terrorists and subjecting them to inhuman treatment, India will be following Myanmar in its footsteps.

The change in the character of Rohingya violence, especially over the last couple of years is also an alarming trend. In the last one year, the violence has been largely organised and carried out by radicalised Rohingyas based in other countries. The terror activities carried out by militant organisations like ARSA and HaY are supported, organised and funded by the Rohingyas living in Pakistan and Saudi Arabia. Besides, they have also garnered voices of support from notorious terror organisations like the Al-Qaeda. In India too, Zakir Musa, the terror commander in Kashmir, was the first to voice his support for the group and threaten the establishment with dire consequences if the Rohingyas were to be “touched”.

The issue not only stems from their vulnerability. Rather, a lack of clear identification of the 40, 000 Rohingyas staying in India. There is little knowledge about their whereabouts which have led to some serious outcomes. The thriving drug market in Jammu, banking on the huge chunk of Rohingya population staying in the region is an important case in point. Only last week, a Rohingya national was caught with 10 kg of narcotics in the city. It is not coincidental, therefore, that drug trafficking in Jammu and Samba has seen a concurrent rise with the rise in the number of Rohingya refugees in the city. The issue has already sparked communal tensions in the region, where only last week the Jammu city erupted in a huge protest over the allegations of cattle slaughtered by a Rohingya national.

The thriving drug market in Jammu, banking on the huge chunk of Rohingya population staying in the region is an important case in point.

Even assuming that this wasn't the case, the situation, however, points to a very fragile communal scenario in our country, which can be exacerbated by non-state actors.

This, however, doesn't absolve India of its responsibility towards this community. India will have to persuade Myanmar, at least diplomatically, to resolve the crisis. The social fabric in many South Asian nations is threatened by the ethnic cleansing of the Rohingyas and it is, therefore, in every country's interest to take this up with the Burmese government.

Besides, humanitarian assistance and relief work must be taken up by the state and the civil society. The deportation of Rohingyas will prove to be a contentious step, but the exercise will have to be carried out in the utmost humane and sensitive manner; without the unnecessary politicisation of a crisis. 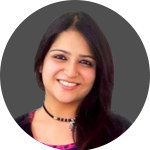