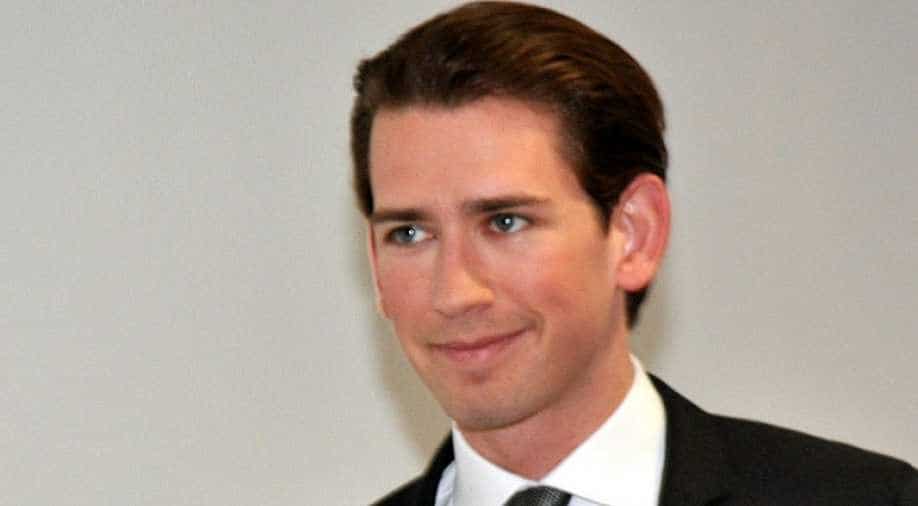 Austrian conservatives won the most seats in snap elections Sunday, putting their 33-year-old leader Sebastian Kurz on track to retake power but forcing him into tough coalition negotiations after a corruption scandal sent his erstwhile far-right allies preparing for the opposition.

Kurz's People's Party (OeVP) gained 37 per cent, up almost six percentage points from the last election two years ago, but not enough to form a government on its own, according to projections based on partial results.

Kurz's former allies, the far-right Freedom Party (FPOe), were the biggest losers of the night, falling 10 percentage points to around 16 per cent following the spectacular "Ibiza-gate" corruption scandal in May.

The affair brought down the OeVP-FPOe coalition after just 18 months in government and triggered Sunday's snap poll.

The Greens were also big winners as climate change rose to the top of voters' concerns, securing around 14 per cent of the vote.

That means they will be viable coalition partners for a new government, but Green leader Werner Kogler said on Sunday evening that in order to consider working with Kurz, the party would need to see "radical change" from the right-wing policies pursued by the previous coalition.

The centre-left Social Democrats look set for their worst-ever result on around 22 per cent of the vote, with the liberal NEOS party winning around eight per cent.

Kurz told jubilant supporters at party headquarters on Sunday evening the scale of the victory had left him "almost speechless", but gave few clues as to his next moves.

Before the election, Kurz -- a former law student, who has enjoyed a rapid ascent through the ranks to become the youngest-ever chancellor in 2017 -- said he would keep all options open.

"It is a big responsibility. We accept this trust humbly and respectfully, and I promise we will do our best to honour this trust," Kurz said.

The FPOe took a bigger hit than expected from the "Ibiza-gate" scandal which brought down its long-time leader Heinz-Christian Strache, and was followed by a fresh investigation against him announced in the past week -- this time over alleged fraudulent expense claims.

FPOe leader Norbert Hofer, a former aircraft engineer who took over from Strache, told Austrian media that he believed Sunday's result meant the party would not take part in coalition talks and that it was "preparing for opposition".

Previously, a renewed coalition with the far-right -- touted by Hungarian Prime Minister Viktor Orban and other nationalists as a model for all of Europe --  had looked a likely outcome.

The Greens failed to make it into parliament in the last election in 2017, in a shock result, but have staged an impressive recovery, with an especially strong showing in Austria's big cities.

The Greens' gains put Kurz in a tough spot if he wants to try to woo them and rebrand himself as fighting climate change rather than immigration.

"The Greens could be an opportunity for Kurz to jump on the environment bandwagon while also getting the green wave under control," political analyst Thibault Muzergues from the International Republican Institute told AFP, pointing out that the OeVP in the more rural Salzburg and Tyrol regions already worked with the Greens.

"For Kurz the important thing will be to know who he will be able to best control and who poses a danger for him," he added.

Forming a coalition with the Social Democrats (SPOe) is another option.

Since World War II, either the OeVP or SPOe have always been in government, and for 44 years in total the two have ruled together.

But it was Kurz who ended their last "grand coalition", leading to the 2017 election.

Kurz has also floated the idea of ruling in a minority government. But this could bring political uncertainty or even trigger another election.

A new administration could take months to emerge.

Van der Bellen said he would "strive to make sure... that trust is rebuilt" after "Ibiza-gate".

The OeVP-FPOe government imploded in May when two German media outlets published footage filmed secretly on the Spanish resort island of Ibiza, showing then FPOe leader Strache appearing to offer public contracts in exchange for campaign help from a fake Russian backer.