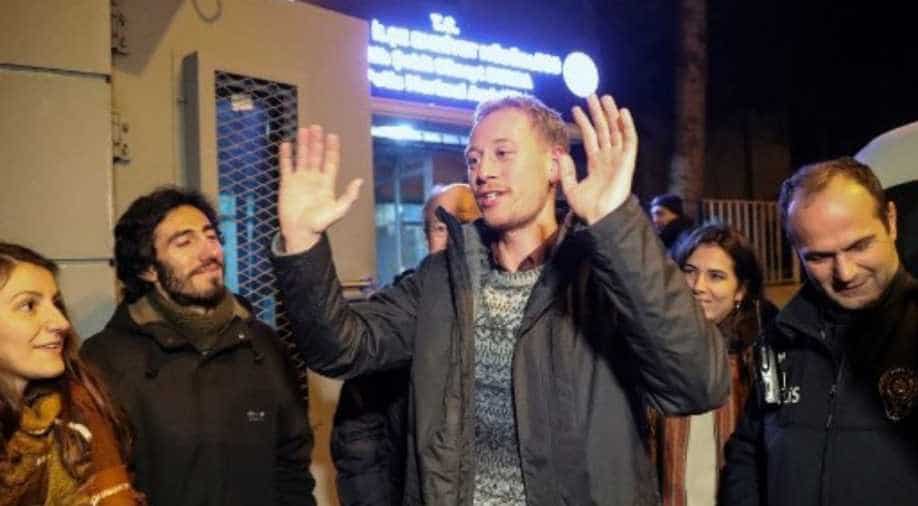 The 30-year-old was also a political science master's student at Middle East Technical University in Ankara at the time of his arrest.

An Austrian student and journalist charged with membership of a leftist terrorist group in Turkey have been acquitted, his lawyer said on Wednesday.

Max Zirngast, who wrote for international publications including a far-left German magazine, was arrested exactly a year ago, accused of links to the outlawed Turkish Communist Party (TKP)/Kivilcim group.

The 30-year-old was also a political science master's student at Middle East Technical University in Ankara at the time of his arrest.

He had defended himself in Turkish at the last hearing in April.

"A verdict was received that Max did not take part in any illegal activity or any activity constituting a crime," his lawyer Murat Yilmaz told AFP.

He said two Turkish citizens, Mithatcan Turetken and Hatice Goz, who were arrested along with Zirngast, were also acquitted.

Zirngast had been free pending the latest hearing on Wednesday but had been barred from leaving Turkey.

He rejected the charges and denied the TKP/Kivilcim group even exists.

In an opinion piece for the Washington Post last year, Zirngast wrote that his arrest was "a perverse confirmation of the authoritarianism I've spent the past several years chronicling and opposing".

He also criticised the attempt to "silence the entire democratic opposition in Ankara".

Zirngast had also published articles on the outlawed Kurdistan Workers' Party (PKK), which has waged an insurgency against the Turkish state since 1984 and is designated a terrorist organisation by Ankara and its Western allies.