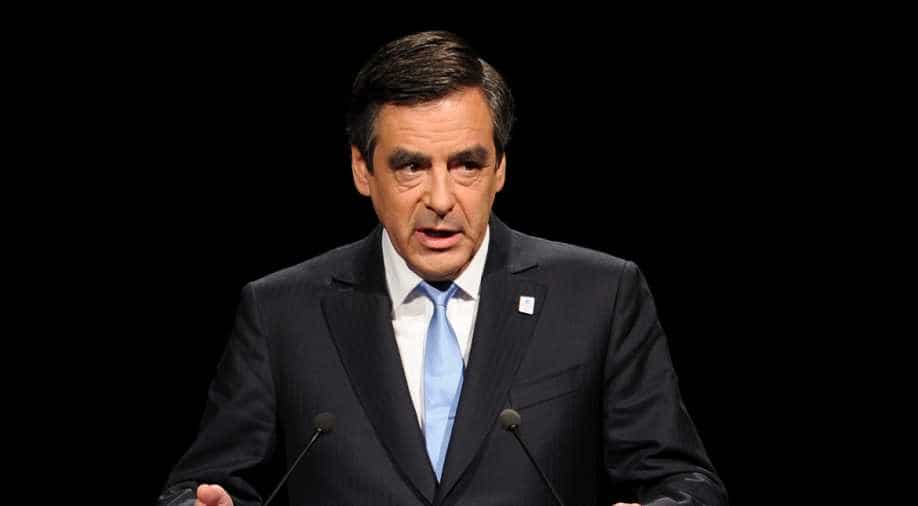 Fillon will face fierce competition in the election in April and May from far-right leader Marine Le Pen. Photograph:( Getty )

Francois Fillon, a conservative reformist promising to shrink the French state, on Sunday clinched the rightwing nomination to stand in next year's presidential election with a resounding victory.

Ex-prime minister Fillon will now become a favourite to be France's next leader after winning the US-style primary to pick the nominee of the Republicans party and its allies.

Partial results showed him winning 67 per cent of the vote with results counted from 9,193 polling stations out of 10,229.

"The left means failure, the far-right means bankruptcy," he declared, saying he would be the candidate of "all those who in their hearts are proud to be French".

The French presidential vote is seen as a key test for mainstream political parties after the success of Donald Trump and the Brexit campaign in Britain, both of which harnessed anti-elite anger.

Fillon will face fierce competition in the election in April and May from far-right leader Marine Le Pen, the anti-establishment candidate hoping to emulate Trump's shock victory in the US.

Turnout in the primary was expected to be beat the four million people who took part in a first round of voting a week ago when Fillon, 62, came from behind to lead a field of seven candidates.

The prime minister from 2007-12 has warned that France is "on the verge of revolt" and believes his plan to slash 500,000 public sector jobs and increase working hours is the tonic needed to kickstart the economy.

The devout Catholic has also taken a hard line on immigration and Islam in France, telling newcomers to the country last week that "when you enter someone else's house you do not take over."

Voting in northwest Paris, Christophe Mordelet, a 45-year-old human resources manager, said he chose Fillon because he showed "more authority" than Juppe, who campaigned as a moderate unifier.

"You have to bang your fist on the table to get reforms through in this country. We have to stop giving into the power of the street," he said.

Juppe made a failed pitch for the centre-ground, saying his opponent's agenda was too "brutal" and he was better placed to keep the far-right out of power.

Conceding defeat and ending his career-long dream of becoming president, the 71-year-old wished Fillon "good luck" in his bid to take back the Elysee Palace from the ruling Socialists.

During the campaign, Juppe had hit out at his opponent as a "yes man" for Russian President Vladimir Putin and also questioned his views on abortion.

Fillon wants closer ties with the Kremlin and has called for the European Union to lift its sanctions on Moscow imposed after Russia's invasion of Ukraine in 2014.

The Republicans candidate is widely tipped by pollsters to face Le Pen -- and beat her -- in a second round run-off in May next year.

But the race is seen as highly unpredictable after a year of political upsets and uncertainty about the impact of independents and the Socialist party candidate.

Socialist President Francois Hollande has yet to announce whether he will try to defy his historically low approval ratings by running for a second term.

After a troubled five years in power, a survey on Friday showed current Prime Minister Manuel Valls would be a far more popular candidate than Hollande.

Valls has not ruled out challenging his boss in a left-wing primary set for January, telling the weekly Journal du Dimanche he wanted to dispel the idea "that the left has no chance" of retaining power.

Hollande's former protege and economy minister, 38-year-old Emmanuel Macron, is also set to stand for the presidency as a centrist independent.

On Sunday, he accused Fillon of having a retrograde vision of French society and appealed to "progressives of the left, right and centre" to join his camp.

Far-left candidate Jean-Luc Melenchon is also likely to draw votes away from mainstream parties in a trend seen in elections across Europe following years of austerity and anger over globalisation and job losses.

Jean-Yves Camus, an associate researcher at the Institute for International and Strategic Relations, said Fillon might have to soften his programme and tack towards the centreground.

"He might have to shift a bit to be more of a unifier and be less divisive," Camus told AFP.