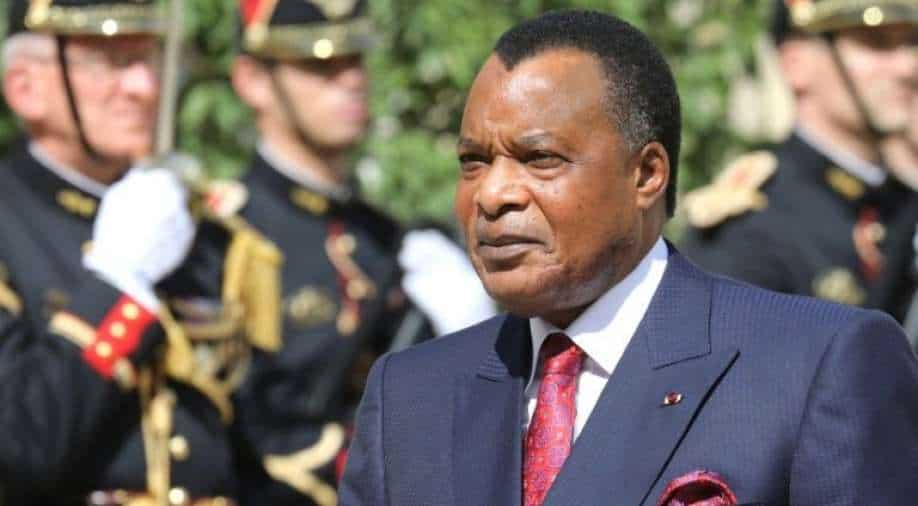 His closest rival, Guy Brice Parfait Kolelas, who died hours after the polls closed, received less than 8%. Kolelas was being evacuated to France to be treated for Covid-19 when he died

Congo Republic President Denis Sassou Nguesso has been re-elected with more than 88% of the vote, official results showed on Tuesday, extending his 36 years leading the Central African oil producer despite a prolonged economic crisis.

His closest rival, Guy Brice Parfait Kolelas, who died hours after the polls closed, received less than 8%. Kolelas was being evacuated to France to be treated for Covid-19 when he died.

Diplomats and political analysts had expected an easy victory for Sassou, 77, who has a firm grip on state institutions in the country of 5.4 million.

The main opposition party boycotted the vote and two of his other main rivals were convicted of crimes after the last election in 2016.

"It's a feeling of great responsibility, especially toward young people," Sassou, wearing a white button-down shirt emblasoned with his own face, told supporters in a victory speech.

Sassou is a former paratrooper, who took power in 1979. He lost Congo's first multi-party elections in 1992 but returned to office in 1997 after a civil war.

He changed the constitution in 2015 to extend term limits that would have barred him from standing for re-election the following year.

Congo's economy has been in crisis since 2014 when oil prices collapsed. That caused the country's external debt, much of it owed to private oil traders like Glencore, to soar to over 100% of gross domestic product.

The coronavirus pandemic and resulting drop in oil prices last year have made matters worse. The economy contracted by more than 8% last year and is expected to grow by less than 1% this year.