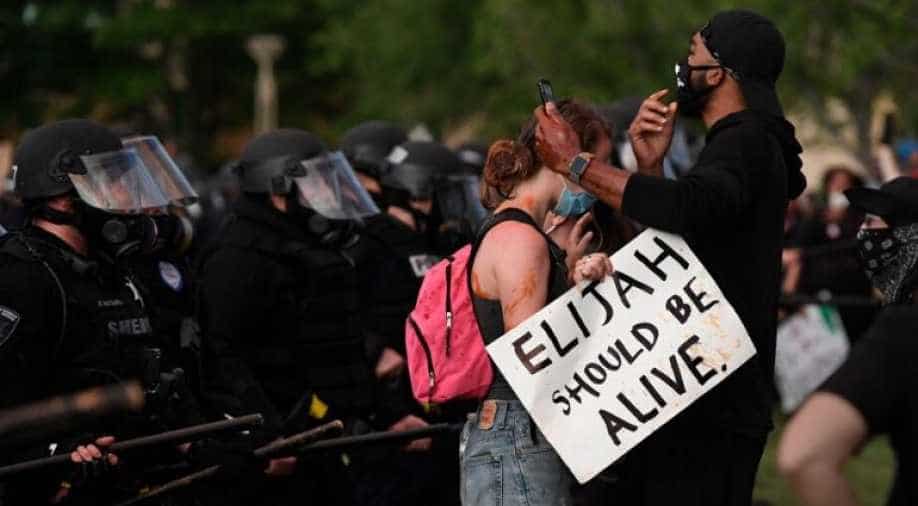 The officers who were terminated were named as Jason Rosenblatt, Erica Marrero and Kyle Dittrich. The fourth officer, Jaron Jones, resigned on Tuesday.

Three Colorado police officers were fired and a fourth resigned after they shared photographs they took of themselves re-enacting a chokehold officers used to subdue a Black man who later died, authorities said on Friday.

Vanessa Wilson, interim chief of police in the Denver suburb of Aurora, called the officers' actions surrounding the death of Elijah McClain, who was unarmed, "reprehensible."

"I am disgusted to my core," Wilson said at a news conference announcing the firings.

The officers who were terminated were named as Jason Rosenblatt, Erica Marrero and Kyle Dittrich. The fourth officer, Jaron Jones, resigned on Tuesday. 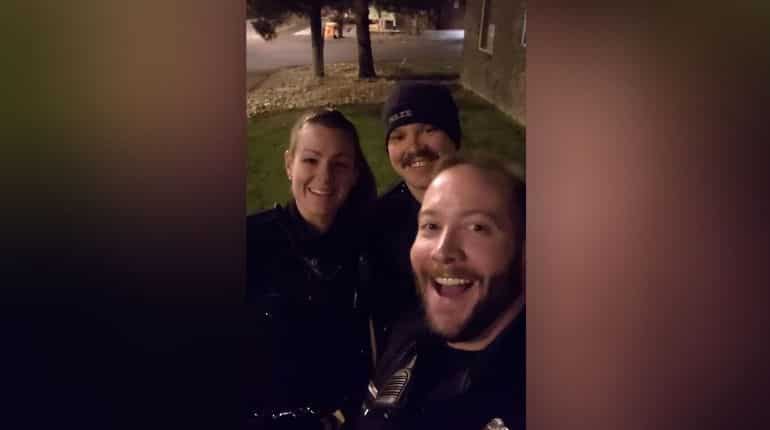 One photo depicts Dittrich and Jones recreating a carotid neck hold, while a grinning Marrero stands nearby. The pictures, which were released on Friday by authorities, were taken near the site where the fatal struggle took place.

Rosenblatt, who was among the officers who subdued McClain, was fired for responding "HaHa" after receiving the photo, Wilson said.

The McClain family attorney, Mari Newman, said police not only killed an innocent man but felt empowered to make a "mockery" of the incident by re-enacting it.

McClain, 23, was walking along a street in Aurora in August 2019 when he was approached by three officers on reports of a man acting suspiciously, although he had not committed any crimes.

During the confrontation, McClain said he could not breathe, according to audio recordings released by police.

The officers subdued McClain with the carotid chokehold, and paramedics later injected him with the sedative ketamine. He then went into cardiac arrest and was taken off life support days later.

A local prosecutor declined to file charges against the officers or paramedics, citing an autopsy that listed the cause of death as undetermined.

Colorado Governor Jared Polis has appointed a special prosecutor to review the case, and this week the FBI and the U.S. Department of Justice said they are investigating whether McClain's civil rights were violated.