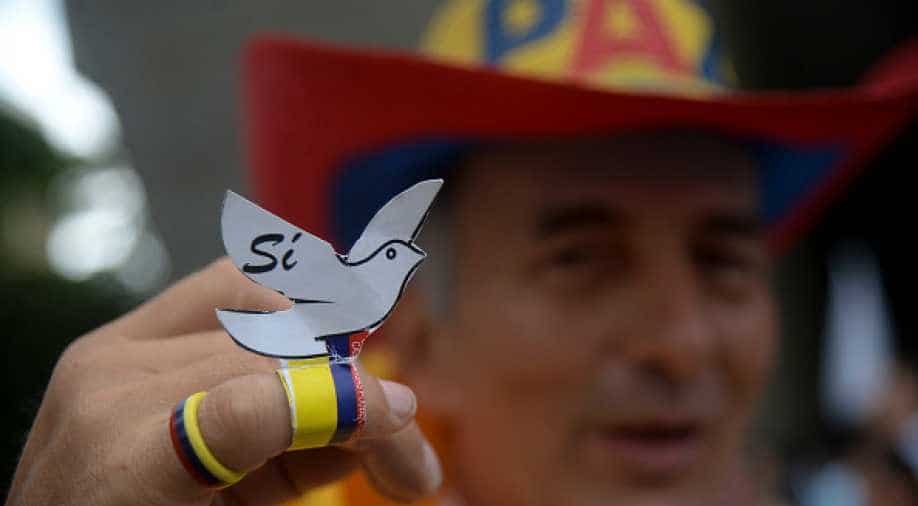 The government and FARC had signed a similar accord in September but Colombians narrowly rejected it in a referendum. Photograph:( Getty )

Colombia's government on Wednesday prepared to push through a revised peace accord to end its half-century conflict with FARC rebels, fanning resentment by political opponents who vowed to resist it.

Under pressure for fear that a fragile ceasefire could break down, the government and the leftist FARC said they will sign the new deal Thursday and immediately take it to congress.

The accord aims to end Latin America's last major armed conflict. But opponents say it is too soft on the leftist FARC force, blamed for countless killings and kidnappings.

Government officials were meeting to put finishing touches on the document, which is expected to be debated next week and then passed, since President Juan Manuel Santos and his allies hold a majority in the legislature.

A recent wave of alleged assassinations in conflict areas has raised pressure to seal a peace deal fast.

"There is no time to lose," Santos said.

"Lives have been lost and many more are in danger."

But an aftermath of discord and uncertainty looked likely as opponents promised to keep resisting the deal.

"We invite citizens to persist in the struggle for the future of democracy," said the Democratic Center Party led by conservative ex-president Alvaro Uribe.

"In the coming days, we will examine various actions to call the people into the streets and democratic spaces," it said in a statement.

Santos and FARC leader Rodrigo "Timochenko" Londono signed an earlier version of the deal in a triumphant ceremony with international leaders on September 27.

But Colombians narrowly rejected it in a referendum on October 2.

But Uribe complained it still did not satisfy his key demands, notably on punishing FARC leaders for their crimes.

Under the deal, the FARC would disarm and transform into a political party.

Uribe and his allies say rebel leaders should not be allowed to run for office while still serving their sentences.

They also want guarantees for state police and soldiers who may face trial over their actions in the conflict.

A survey by pollster Datexco published on Wednesday found that 58 percent of people want more revisions to the deal, in line with opposition demands.

Santos said his government and the FARC will sign the deal on Thursday at 1600 GMT in the Colon Theater in Bogota.

It will then be presented to congress and debated from next Tuesday, Senate speaker Mauricio Lizcano said on the radio.

"Congress is the body that in Colombia is qualified to approve agreements with the insurgents," said Ariel Avila, an analyst at Colombia's Peace and Reconciliation Foundation.

But Uribe's party accused Santos of using congress to impose his new deal on the people. It demanded a second referendum.

On the streets of Bogota, Angie Suarez, 21, a sales assistant, said it was not fair to push the deal through congress.

"They go over our heads, as if our opinion meant nothing," she told AFP.

Street vendor Manuel Duran, 40, thought it was "better that congress do it," for another referendum would "divide the country."