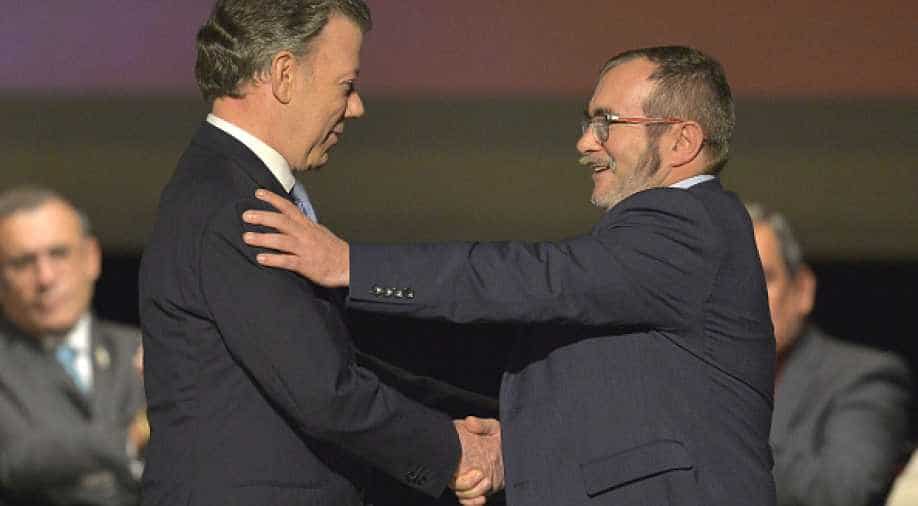 The agreement between the government and the rebel group comes amid stiff resistance from opposition political parties who say the deal continues to favour the insurgents.

This is the second time in two months that the Santos-led administration and FARC have signed a peace deal.

The previous accord was rejected by the Colombian public in an October 2 referendum because they felt the deal absolved the FARC rebels of all crimes they have committed in the last half a century.

But this time, the deal will be sent to the Congress and not go through another referendum.

Chances of the deal coming to fruition is high because Santos holds the majority in the Congress.

Both the government and FARC have made efforts in the last two years to end the region's longest-running conflict that has left more than 220,000 people dead and several millions displaced.

Opposition to the deal

The deal was inked in a low-key ceremony at a Bogota theatre, a striking contrast from the previous occasion.

Supporters of the deal chanted "We did it!" while the two parties signed the accord.

However, the opposition parties in Colombia have condemned the government for going ahead with a deal that is similar to the first one.

The first peace deal was rejected by the public for being too soft on FARC.

The opposition led by former president Alvaro Uribe have also criticised the government for bypassing the public this time. They want the government to hold another referendum.

President Santos, who won the Nobel Peace Prize last month for his efforst to broker a peace deal with FARC, wants the accord to be legislated quickly in order to maintain a fragile bilateral ceasefire.

The expanded and highly complex new 310-page document makes only small modifications to the original text, such as clarifying private property rights and detailing more fully how the rebels would be confined in rural areas for crimes committed during the war.