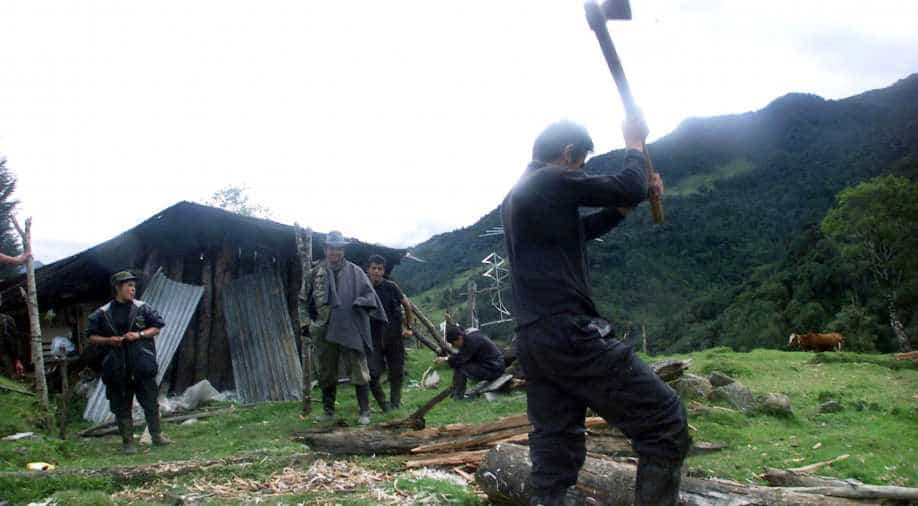 Follow Us
A unit of Colombia's FARC rebel group says it will not lay down arms or demobilize under a potential peace deal with the government, the first public sign of opposition to an accord from within the rebel ranks.

The statement by the Armando Rios First Front, a 200-strong rebel unit in the Southeastern jungle province of Guaviare, comes nearly two weeks after leaders of the Revolutionary Armed Forces of Colombia (FARC) and the government announced a ceasefire deal at their more than three-year-old peace talks.

"We have decided not to demobilize, we will continue the fight for the taking of power by the people for the people, independent of the decision taken by the rest of the members of the organisation," the unit said in a statement on Wednesday.

The unit, which famously held ex-presidential candidate Ingrid Betancourt and three American contractors hostage, said the deals being reached at the talks will not solve the social and economic problems which first motivated rebels to take up arms more than five decades ago.

President Juan Manuel Santos has said the peace talks, aimed at ending a conflict which has killed more than 220,000 and displaced millions, may conclude as early as this month. Any deal will be put to Colombians for approval in a plebiscite vote.