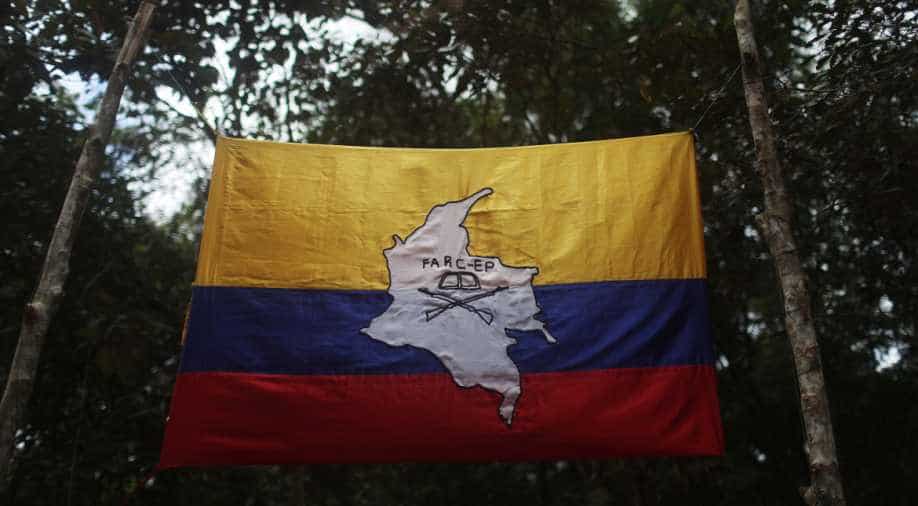 The rebels were killed for allegedly trying to extort people while being out of their designated zones,which they cannot leave until disarmed. Photograph:( AFP )

Two Revolutionary Armed Forces of Colombia (FARC) rebels had been killed and third surrendered in Colombia's northern Bolivar province for venturing out of their designated zones with weapons, the Colombian army said.

The confrontation has led to the first violation of the bilateral ceasefire between the government and the Marxist insurgent group implemented in August.

According to the army, the rebels were extorting people some 69 kilometres (42 miles) from their appointed zone and were carrying weapons.

Until the rebels are disarmed, they are not allowed to leave their zones without informing the military of their coordinates.

Colombians had rejected the peace deal to end the 52-year-old conflict in September saying it was soft and allowed the rebels to go scot free despite the number of atrocities they had committed.

At least 17 police officers were wounded when a bomb exploded in the bus they were travelling on Wednesday in Norte de Santander city.

The anti-riot officers from the ESMAD (Mobile Anti-Riot Squad) recieved minor injuries and are recovering in a local hospital.

"An explosive device exploded as a bus carrying the ESMAD troops passed by, who were en-route to a mission to continue fighting against smuggling in that city. When the artefact exploded it affected 17 of our men, fortunately mildly, with slight shrapnel injuries and leaving some in a daze, all are all out of danger," said defence minister Luis Carlos Villegas.

Officials suspect the  National Liberation Army (ELN) was behind the attack. The second largest insurgent group after FARC.

"We're acting in the north of Santander with all force against organised crime and against smuggling carried out by the national liberation army (ELN), so it is quite probable that the perpetration of this act against our police is on behalf of the ELN but we will continue to report in detail," Villegas added.

If the ELN are responsible for the bombing the peace talks will break down, which are set to take place in Ecuador.