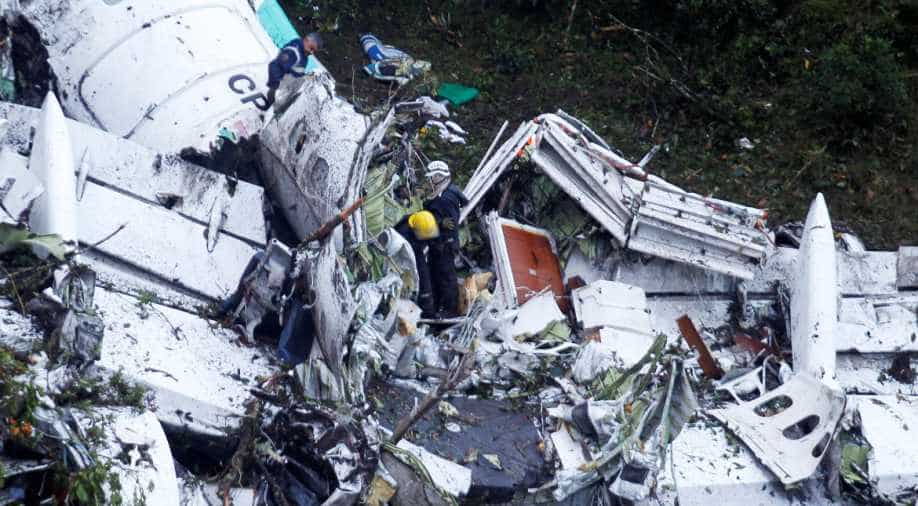 The Chapecoense football team was on its way to play against Colombia's Atlentico Nacional in the Copa Sudamericana final when their aircraft reportedly ran out of fuel and crashed into a mountain. Photograph:( Reuters )

A Brazilian football player who survived Monday's plane crash in Colombia could soon return to the game, his father said Saturday.

31-year-old Helio Hermito Zampier Neto of the Chapecoense football team -- they play in Brazil's first division -- was one of the six survivors of the crash that killed 71 people.

According to the BBC, Neto's father took to social media to say his son is recovering and that doctors have confirmed that he is in stable condition.

“My son is getting better and better. He has just undergone surgery on his leg and doctors say he will return to football. We shall continue praying because we still need his discharge from hospital to see him closely,” he wrote on Facebook, BBC reported.

The BBC reported doctors as saying 24-year-old goalkeeper Jakson Ragnar Follmann would not lose his left leg, after having his right one amputated.

And that defender Alan Ruschel, 27, had had spinal surgery, but his movements were not affected.

The Chapecoense football team was on its way to play against Colombia's Atletico Nacional in the Copa Sudamericana final when the aircraft reportedly ran out of fuel. The plane crashed into a mountain 30 miles from Medellin's international airport.