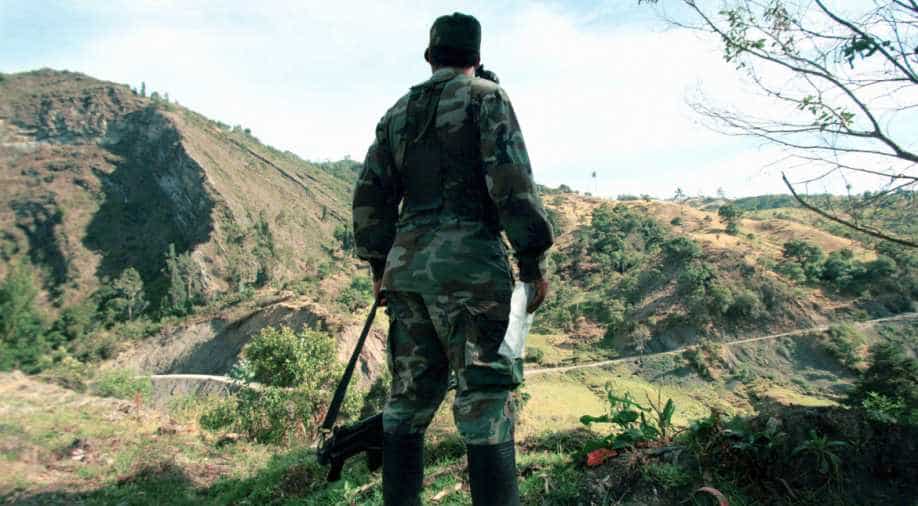 The assassination of the left-wing Mayor of Bogota and presidential hopeful Jorge Eli?cer Gait?n leads to riots and to a period of civil strife known as ?La Violencia? between 1948-57. Photograph:( Getty )

Follow Us
1819: Sim?n Bol?var defeats Spanish army to set up the Republic of Gran Colombia with Ecuador, Panama, Venezuela, as well as Colombia.

1948: The assassination of the left-wing Mayor of Bogota and presidential hopeful Jorge Eli?cer Gait?n leads to riots and to a period of civil strife known as ‘La Violencia’ until 1957. 250,000-300,000 are killed in civil war.

1958: 'National Front' formed by Liberals and Conservatives for a period of sixteen years - till 1974 in a bid to end the civil war.

1958-1978: Top-level political agreement to establish a ‘National Front’, whereby all government offices are shared between Liberals and Conservatives.

1997: The United Self-Defence Forces of Colombia (AUC) is established, a coalition of right-wing paramilitary groupings.

2002: Uribe declares a state of emergency after 20 people are killed in a blast in Bogota.

2007: Government releases jailed FARC guerrillas. But FARC refuses to release hostages. Says it will release hostages only if govt. pulls back troops and sets up demilitarised zones.

2007: Venezuelan President Hugo Chavez agrees to invite rebels for talks on hostage deal. 31 Dec, set as a deadline to reach a deal.

2008: A Colombian cross-border strike into Ecuador kills senior FARC rebel leading into diplomatic crisis with both Ecuador and Venezuela

2009: FARC and ELN announce a collaboration against the armed forces.

2011: FARC releases hostages and describes it as a unilateral "gesture of peace" to the government. Military kills FARC leader Alfonso Cano. Timoleon Jimenez becomes the new leader of the guerrilla group.

2014: Santos wins another term as President.

2015: President says ready for a bilateral ceasefire with FARC.