Colombia: Death toll rises to 10 in rioting over police killing 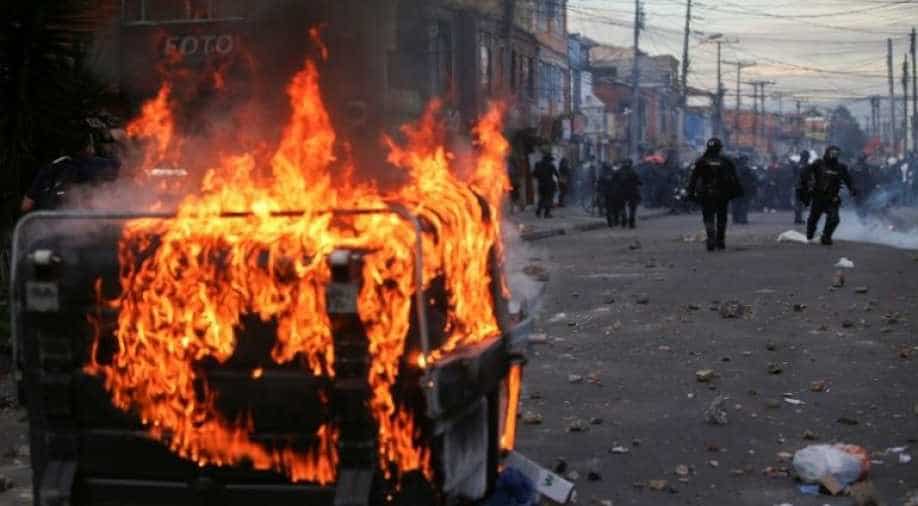 Several police stations were targetted, attacked and destroyed and the violence has spread to cities of Medellin and Cali

As many as 10 people were killed and hundreds injured after rioting took place in the Colombian capital Bogota over the death of a man after police repeatedly used a taser on him, officials said on Thursday.

Protests hit the streets of Bogota on Wednesday after a video of attorney Javier Ordonez pleading to cops came to fore, in which cops are using the taser on him at least five times as he lied on the ground.

Several police stations were targetted, attacked and destroyed and the violence has spread to cities of Medellin and Cali.

"We are facing a massive act of violence," Defense Minister Carlos Holmes Trujillo said, adding that soldiers and military police officers would be sent to control the situation.

Bogota mayor said the earlier death toll of seven jumped to 10 on Thursday and most of them died from gunshot wounds.