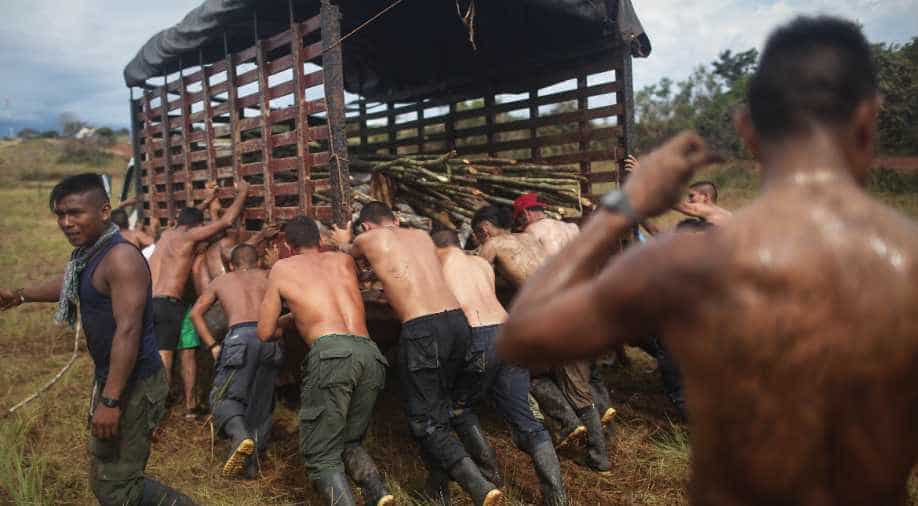 Other laws tied to the peace deal include rural reform, compensation to victims, removal of land mines and a United Nations-monitored ceasefire. Photograph:( Getty )

An amnesty law protecting thousands of FARC fighters from prosecution was approved by the Colombian Congress on Wednesday.

The law gives protection to the guerrilla fighters from prosecution for minor crimes committed dring the country's five-decade war. A peace deal was signed between the government and the Revolutionary Armed Forces of Colombia (FARC) rebels last month to bring an end to 52 years of war.

War crimes or human rights violations will not be included for protection under the amnesty law. Rebels found guilty of crimes like massacres or sexual violence will serve alternative sentences such as land mine removal, to be determined by a special court, according to news agency Reuters.

The amnesty also applies to members of the country's military.

The senate and the lower house passed the bill despite opposition. The right-wing Democratic Center party abstained from voting.

In a joint statement on Wednesday, the FARC and the government said they would establish how many rebels are not eligible for the amnesty by Jan. 30 at the latest, Reuters reported. Other laws tied to the peace deal include rural reform, compensation to victims, removal of land mines and a United Nations-monitored ceasefire.

The peace accord was rejected by the Colombian public in an October 2 referendum because they felt the deal absolved the FARC rebels of all crimes they have committed in the last half a century. A revised deal was signed in November.

About 7,000 FARC fighters are expected to surrender over the next six months.