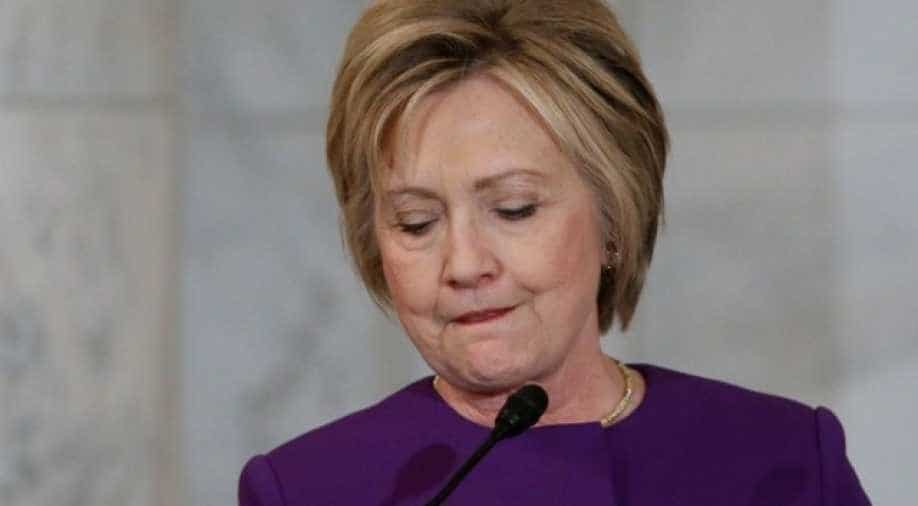 Clinton has given few clues to what her next role will be, leaving a void in which speculation has run rife. Photograph:( Reuters )

Hillary Clinton will not run for any elected office again after losing to Donald Trump in the US Presidential polls, her Indian-American aide Neera Tanden has said amid reports that the former secretary of state could run for the post of New York Mayor.

"I think she's going to figure out ways to help kids and families. That's been what she's been focused on her whole life, and a lot of issues that are affecting them, over the next couple of years," Tanden told CNN.

"But I don't expect her to ever run for any elected office again," she said.

Tanden, a close ally of the 69-year-old former secretary of state and the head of the liberal think tank Center for American Progress, was responding to an article in New York Times that Clinton could run against incumbent New York mayor Bill de Blasio.

"I think her job is to - what she's thinking about right now is how to help those kids and families as she has her whole life," she said.

If Clinton were to run - and win - it would put her on another collision course with President-Elect Donald Trump, who has been shaping his government from Fifth Avenue's Trump Tower, the report said.

Clinton has largely remained out of the public eye since losing a bitterly fought campaign against the former reality star and businessman in the November vote.

She has given few clues to what her next role will be, leaving a void in which speculation has run rife.

A New York challenge would see her take on fellow Democrat de Blasio, whose popularity has plummeted since he took over from Michael Bloomberg in 2014.

The next mayoral election is in November.

Clinton was most recently seen on Sunday at the final performance of the "The Color Purple," on Broadway with her husband, Bill, and daughter, Chelsea.