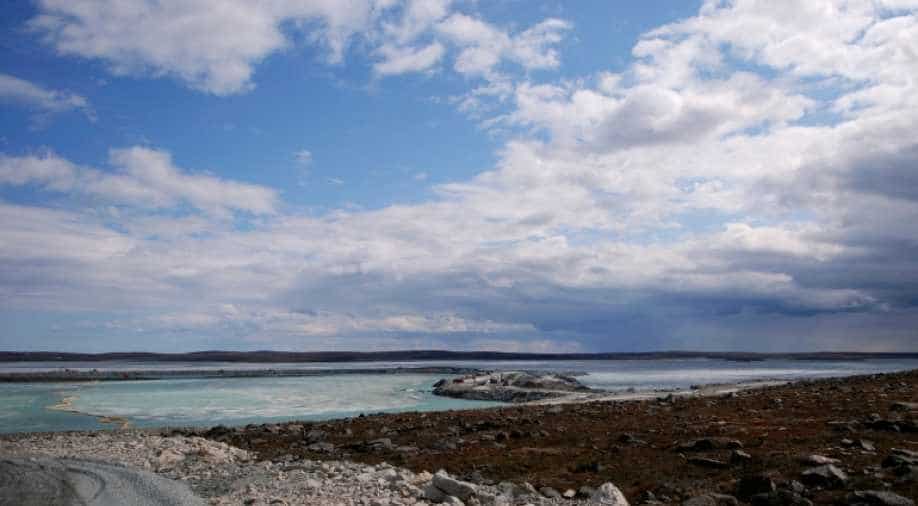 A view of the tundra landscape around the Meadowbank open-pit mine in Nunavut, Canadian Arctic Archipelago. Photograph:( Reuters )

Barren and frozen Arctic region is bearing the brunt of climate change. Shedding its thick ice cover, some regions in the Arctic are witnessing a growth of green cover as warmer temperatures create a conducive environment for foliage to thrive.

With hotter than usual summers in the Arctic, the snow in the region is melting earlier, spurring the growth of plants and trees in areas that were once perennially infertile and frozen.

Experts, with the help of drones and satellites, are studying the change in vegetation pattern and greening nearly as huge as football fields.

Changes in the green cover and vegetation affect the absorption and release of carbon in the atmosphere.

While some places are spurring vegetation, like the Arctic, other regions are turning drier and experiencing droughts.

The absorption of Co2 becomes difficult when regions become warmer and drier due to "a warmer tropical Pacific". In such a case, it becomes difficult for plants to grow which in turn hampers Co2 absorption. As a result, we see droughts and wildfires similar to that of Australia.