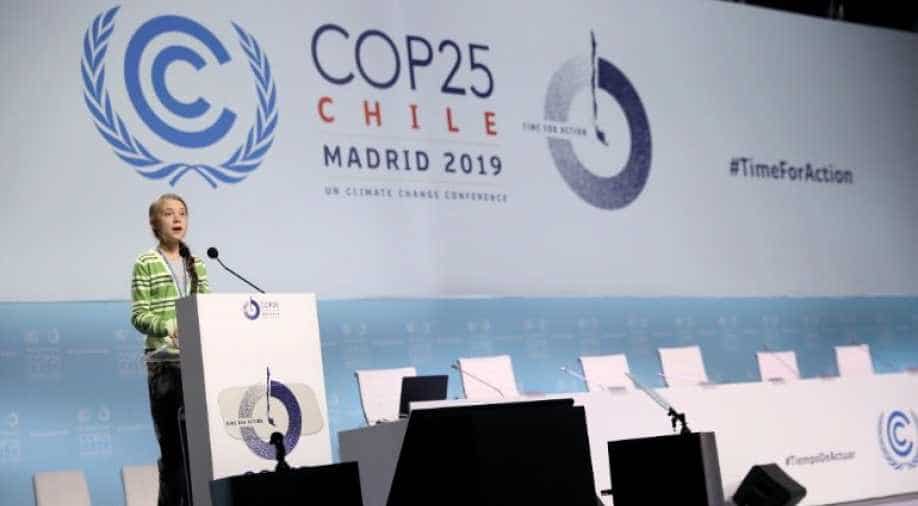 The 2015 Paris Agreement, which intends to avert catastrophic global warming, is grappling with implementation issues

Famous teenage climate activist Greta Thunberg, at a United Nations summit, accused leaders, both political and business, of looking for loopholes to keep their own image intact in the fight against climate change.

"It seems to have turned into some kind of opportunity for countries to negotiate loopholes and to avoid raising their ambition," the 16-year-old Swede told the meeting in Madrid.

The 2015 Paris Agreement, which intends to avert catastrophic global warming, is grappling with implementation issues.

"I still believe the biggest danger is not inaction, the real danger is when politicians and CEOs are making it look like real action is happening when in fact almost nothing is being done apart from clever accounting and creative PR", Thunberg added.

Thunberg, who sparked a global youth-led protest movement after striking outside the Swedish parliament last year, said that asking children to skip school to protest inaction by governments on climate change was "not a sustainable solution".

"Zero in 2050 means nothing if high emission continues even for a few years," said Thunberg, who has become a symbol of youth anger against older generations and the political classes for foot-dragging over the environmental crisis.

"To stay below 1.5 degrees we need to keep the carbon in the ground."