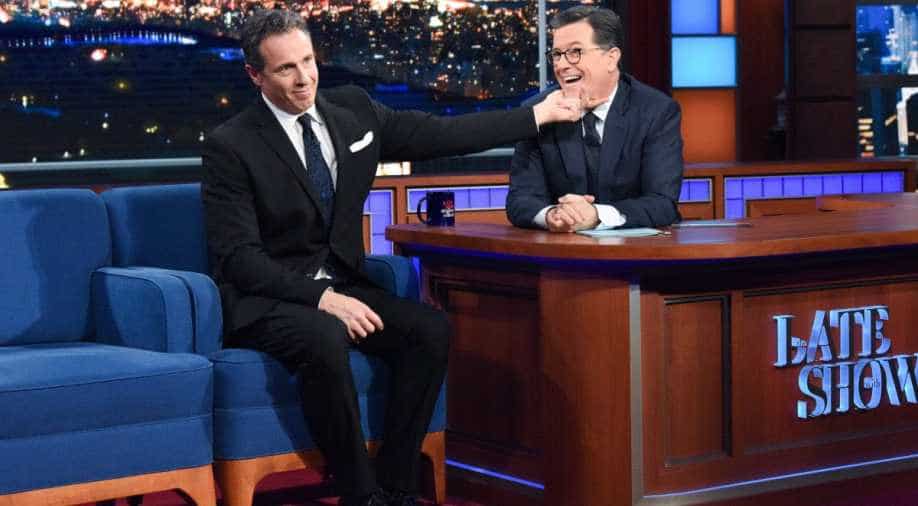 Chris Cuomo’s disclosure came as his governor brother briefed reporters on the increasing numbers of COVID-19 in New York state.

Chris Cuomo, the CNN anchor who is also the brother of New York Gov. Andrew Cuomo, has tested positive for COVID-19, he announced Tuesday.

Chris Cuomo’s disclosure came as his governor brother briefed reporters on the increasing numbers of COVID-19 in New York state, where Chris Cuomo is now one of nearly 76,000 Empire State residents with the disease.

"In these difficult times that seem to get more difficult and complicated by the day, I just found out that I am positive for coronavirus," Cuomo said on Twitter.

"I have been exposed to people in recent days who have subsequently tested positive and I had fever, chills and shortness of breath," he added.

"I just hope I didn't give it to the kids and Cristina. That would make me feel worse than the illness!"

Cuomo, 49, presents his own weeknight news show on CNN, "Cuomo Prime Time." He said he would keep working from his basement, where he is quarantined away from his family.

"I will do my shows from here. We will all beat this by being smart and tough and united!"

CNN media journalist Brian Stelter wrote on Twitter that the network informed staffers in New York of Chris Cuomo’s diagnosis. “Chris is feeling well, and will continue anchoring from home,” Stelter wrote in the tweet.

The news came a day after the Cuomo brothers spoke to each other on a CNN interview about the coronavirus outbreak, as they have previously done.