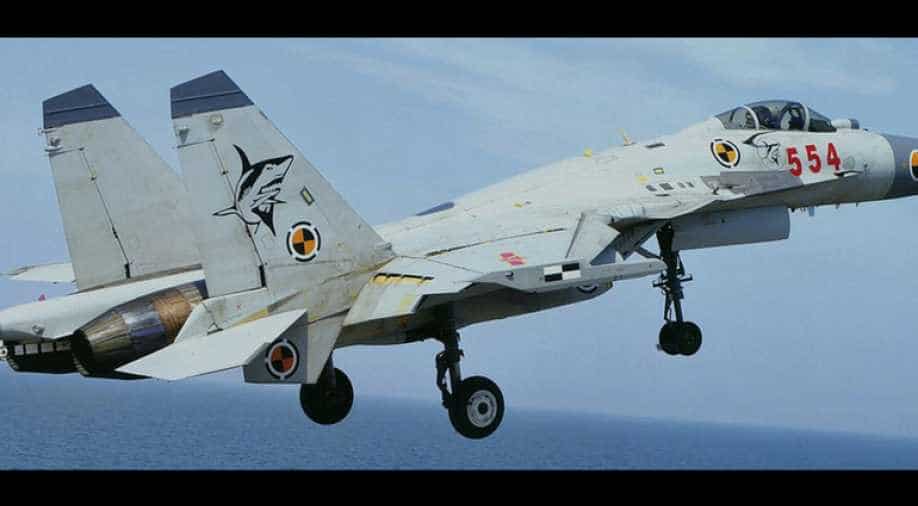 Chinese fighter pilots have carried out night landings on the country's first aircraft carrier, the official China Daily reported on Saturday, the latest demonstration of Beijing's push to modernise its military forces.

Pilots flying J-15 jets landed at night on the Liaoning, the official paper said citing a video posted by China's navy. It said this was a complex manoeuvre that marked a "huge leap towards gaining full combat capability".

China has ambitious plans to overhaul its armed forces as it ramps up its presence in the disputed South China Sea and around self-ruled Taiwan, an island China considers its own.

China's first domestically developed aircraft carrier set off on sea trials earlier this month. The Liaoning, which is expected to serve more as a training vessel, was bought second-hand from Ukraine in 1998.

Its navy has also been taking an increasingly prominent role in recent months, with the Liaoning sailing around Taiwan and new Chinese warships popping up in far-flung places.

Many experts agree that developing such a force would be a decades-long endeavour but that the drive to bolster its forces at sea will be crucial in the longer term as China looks to erode U.S. military prominence in the region.