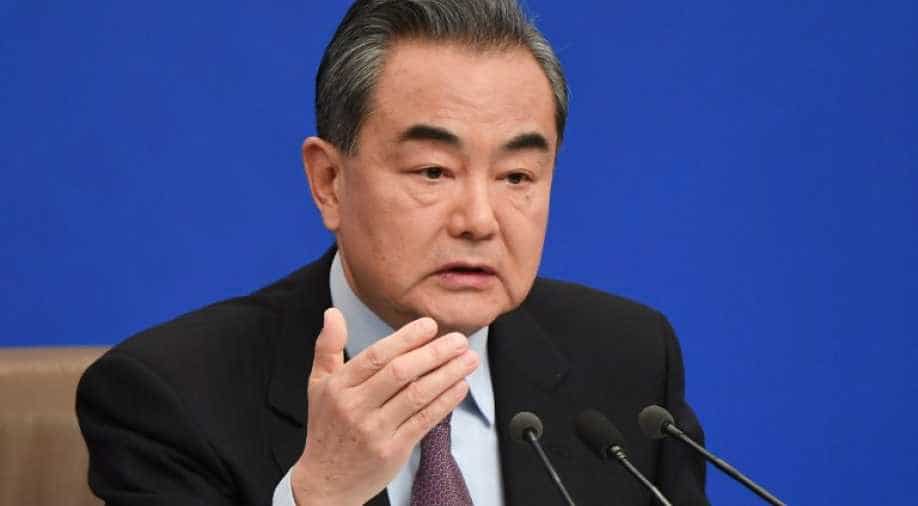 Wang Yi said that the US pressure on Iran has led to the Iran nuclear crisis, and leaving the situation unchecked will worsen it.

Chinese State Councillor and Foreign Minister Wang Yi on Wednesday called on all the relevant parties to enhance their sense of urgency and make all-out efforts to push for a political and diplomatic settlement of the Iranian nuclear issue.

Wang made the statement at a meeting with foreign affairs officials from the European Union (EU), Iran, Russia, France, Germany and Britain during the United Nations (UN) General Assembly high-level week.

He said that the United States exertion of extreme pressure on Iran has led to the Iran nuclear crisis, and leaving the situation unchecked will trigger even a bigger crisis.

In order to properly solve the crisis, Wang said the relevant parties should uphold the fundamental principle of multilateralism.

The Joint Comprehensive Plan of Action (JCPOA), endorsed by the UN Security Council, is an important outcome of multilateral diplomacy, said Wang.

He pointed out that safeguarding the JCPOA, commonly known as the Iran nuclear deal, is to uphold multilateralism, the authority of the UN Security Council, and the international order based on international law.

All parties should never waver in their determination in face of challenges and difficulties, he added.

Wang said all parties should continue to honour the commitments of the JCPOA.

Ensuring a balance between rights and obligations prescribed in the JCPOA concerns fairness and justice at the very least. Iran should resume implementing the deal, while other parties should make every effort to safeguard Iran's legitimate economic benefits, Wang pointed out.

China will continue its legitimate economic, trade and energy cooperation with Iran, push ahead with the Arak heavy water reactor renovation project, and support the EU-initiated payment system to facilitate trade with Iran, said Wang.

He called on the relevant parties to stick to the right approach of resolving differences through consultation.

China stands for a solution based on the principle of gradual progress, equality and mutual benefit, said Wang.

Problems related to the implementation of the deal should be solved via the mechanism of the JCPOA Joint Commission, Wang said, adding that China firmly opposes unilateral sanctions imposed by the United States on Iran.