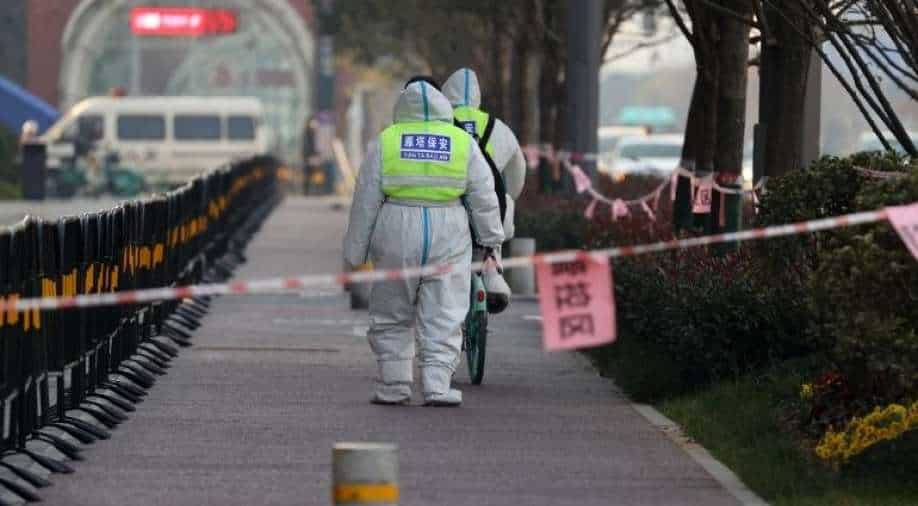 (File) This photo taken on December 22, 2021 shows security guards walking in an area that is under restrictions following a recent coronavirus outbreak in Xi'an in China's northern Shaanxi province. Photograph:( AFP )

Anyang, the city which had reported first death of disease which came to be known as Covid-19 has told its residents to not venture out of homes

Residents in the Chinese city Anyang, which reported first death of the disease which later came to be known as Covid-19, have been told to remain at home unless going out for essential job or Covid test. The city has a population of 5.5 million.

Anyang, which reported on Monday two local Omicron infections traced to a student arriving from Tianjin

A Tianjin official told a Tuesday press briefing that 49 domestically transmitted cases with confirmed symptoms have been detected during the latest outbreak. The city of 14 million people, around 100km (62 miles) from Beijing, is now implementing tough controls to stop the coronavirus from spreading, especially to neighbouring Beijing.

Tianjin, which has tightened controls on people leaving the city, on Tuesday closed indoor venues such as gyms and bars in one district with over 800,000 people.

The country's Omicron surge comes just weeks before the Lunar New Year, a peak travel period for millions, and cities across China are advising people to stay put, especially as Beijing prepares to host the Winter Olympics at the start of next month.

Zhang Boli, a government medical adviser, told state broadcaster CCTV on Tuesday that Omicron "can't be taken lightly" even if the symptoms among Omicron infections in Tianjin appeared to be not as severe as previous variants.

China has ordered the cancellation of more than two dozen scheduled flights from the United States after numerous passengers tested positive for COVID-19 when they arrived in China.

"Facing Omicron directly, we found the speed of transmission was really quite fast," said Zhang Ying, an official with Tianjin's disease control centre, speaking in an interview aired on state television late on Monday.

"Whether it is in terms of virus origin tracing or epidemiological investigations, the Omicron variant has brought along unprecedentedly massive challenges and difficulties," she said.