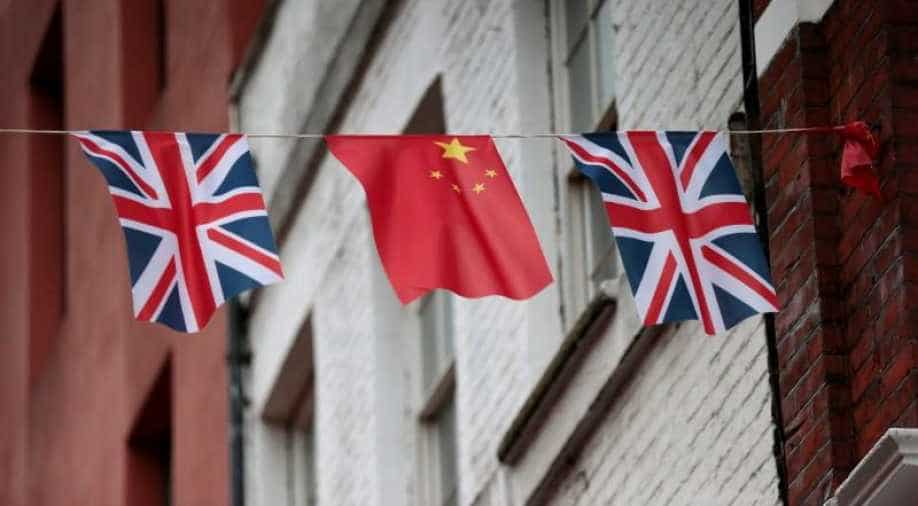 Beijing routinely threatens retaliation against Western countries for acting against its media operations, which have grown in sophistication and reach down the years, warning of sanctions in turn against groups such as the BBC in China.

CGTN, a Chinese state-owned broadcaster has lost its broadcast licence in the UK after Britain's broadcast regulator Ofcom concluded that the Chinese Communist Party had ultimate editorial responsibility for the channel.

"We are unable to approve the application to transfer the licence to China Global Television Network Corporation because it is ultimately controlled by the Chinese Communist Party, which is not permitted under UK broadcasting law.Our investigation showed that the licence for China Global Television Network is held by an entity which has no editorial control over its programmes,"  Ofcom said.

The licence holder for CGTN is Star China Media.

Beijing routinely threatens retaliation against Western countries for acting against its media operations, which have grown in sophistication and reach down the years, warning of sanctions in turn against groups such as the BBC in China.

There was no immediate comment from CGTN, which opened a state-of-the-art European headquarters in London in 2019, or from the Chinese government to the ruling by Britain's Ofcom regulator.

But in a parallel development, China's foreign ministry said it had lodged "stern representations" to the BBC, accusing the UK broadcaster of "fake news" in its coverage of the coronavirus pandemic.

In Britain, the BBC has been airing a hard-hitting documentary that accuses China of covering up the origins of the pandemic around the city of Wuhan in late 2019.

"We stand by our accurate and fair reporting of events in China and totally reject these unfounded accusations of fake news or ideological bias," the BBC responded in a statement.

Ofcom said CGTN's current licence holder, Star China Media Ltd, had failed to show that it had editorial oversight over the network. And it ruled that a proposed transfer of the licence to another media group wouldn't  work as the alternative was ultimately tied to the Chinese Communist Party.

"We have given CGTN significant time to come into compliance with the statutory rules. Those efforts have now been exhausted," Ofcom said in a statement.

"Following careful consideration, taking account of all the facts and the broadcaster's and audience's rights to freedom of expression, we have decided it is appropriate to revoke the licence for CGTN to broadcast in the UK."

Ofcom added that it would conclude an ongoing investigation into alleged breaches by CGTN of impartiality, fairness and privacy requirements "shortly".

The English-language satellite broadcaster has long faced criticism for parroting the Communist Party line in its global broadcasts.

In the United States, CGTN is one of seven Chinese media outlets that have been designated as state-sponsored actors, rather than as independent media.

Last July, Ofcom said it was considering sanctions against CGTN after upholding a complaint brought by a UK national who says he was forced to make a criminal confession aired by the broadcaster.

Peter Humphrey was jailed for more than two years by a court in Shanghai in 2014, in connection with a corruption case involving pharmaceutical giant GlaxoSmithKline.

He accused Chinese authorities of drugging him and locking him inside a small metal cage to conduct the confession and of illegally obtaining and using personal data.

The Chinese broadcaster justified its reports to Ofcom on public interest grounds, arguing it had obtained Humphrey's consent and was not aware of any mistreatment.

The regulator has the power to impose fines on UK-licensed broadcasters for breaches of media rules on impartiality and fairness. Overall, the law states that they must not be controlled by political bodies.

"Our investigation concluded that Star China Media Limited, the licence-holder for the CGTN service, did not have editorial responsibility for CGTN's output," Ofcom said.

"As such, SCML does not meet the legal requirement of having control over the licensed service, and so is not a lawful broadcast licensee."

Moreover, Ofcom said it could not transfer the licence to a replacement proposed by CGTN, called China Global Television Network Corporation (CGTNC).

"This is because crucial information was missing from the application, and because we consider that CGTNC would be disqualified from holding a licence, as it is controlled by a body which is ultimately controlled by the Chinese Communist Party."

In 2012, Ofcom revoked the licence of Press TV, the Iranian state broadcaster's English-language outlet, for failing to transfer general editorial control to London from Tehran.