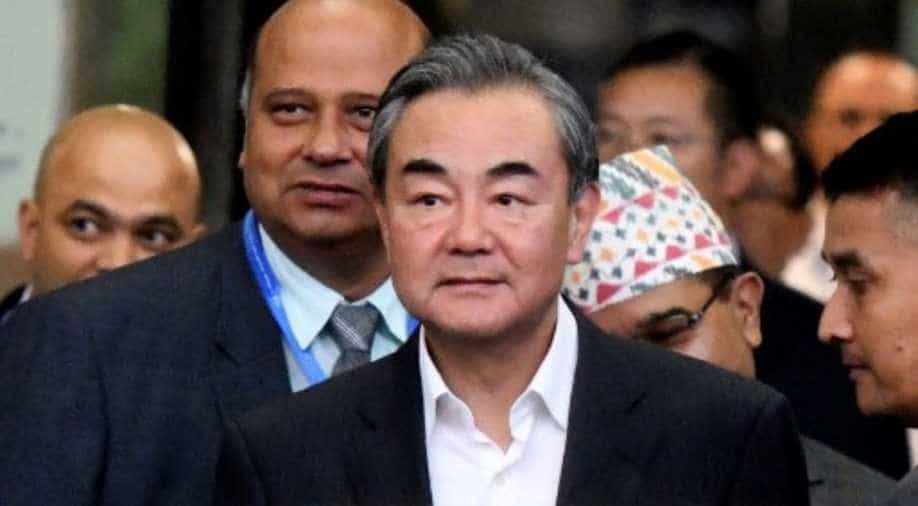 Wang Yi's first stop was Italy. The country that suffered the worst outbreak of the Wuhan virus in Europe.

The Chinese economy is vulnerable and the country is losing friends and fast. Chinese Foreign Minister Wang Yi is on a Europe tour.

Europe has not only battled the Wuhan virus, but it also fought diplomatic attacks, disinformation and fake news from China.

In March, a video was shared by a Chinese government official and had claimed that Italians are singing “Grazie Cina” or thank you China from their balconies. However, the video turned out to be fake.

This was propaganda by the Chinese state. A fake video --- meant to amplify the news that China is sending urgent medical supplies to Italy.

But China warned the EU, at least three times, against naming Beijing in its disinformation report.

The European Union refuses to bow before China now. It went public in June. Europe blamed China for a “hugh wave” of disinformation on the coronavirus in a report.

This --- was one of the many instances this summer --- where Beijing's diplomacy backfired.

Now, Chinese Foreign Minister Wang Yi is being dispatched to Europe for damage control. Wang Yi will visit five countries in one week.

He will hold meetings with every key stakeholder in European politics.

China is increasingly losing ground in Europe. Wang Yi’s job will be to contain the damage --- inflicted by China’s missteps.

Wang Yi's first stop was Italy. The country that suffered the worst outbreak of the Wuhan virus in Europe.

Wang Yi's tone was friendly on the first day. But China seems to be losing friends in Brussels. Josep Borrell, the European Union’s Foreign Policy chief has called for a united front against China.

In a blog on the European Union website, Borrell described China as aggressive and assertive. The piece makes mention of India's border standoff with China in Ladakh.

Also the shrinking tolerance for dissent in Xinjiang and Hong Kong. Earlier this year, the European Union itself got a taste of china’s censorship.

It was censored not once but twice by China.

First, in April, a report on disinformation softened criticism against China. Then in May, an op-ed jointly authored by ambassadors of 27 European Union member states was censored.

A sentence that labelled China as the original hotspot of the Wuhan virus was deleted.

Faulty Wuhan virus supplies only added to Beijing's troubles.  Spain, the Netherlands and the Czech Republic were among those who complained.

Joining a global chorus of countries --- which raised serious doubts over Chinese supplies.

Wang Yi's Europe tour is his first trip abroad since the pandemic hit the world. His mission is to bridge the divide with China’s European partners. But given the recent statements by the European Union --- the Chinese foreign minister is more likely to face a hostile crowd.