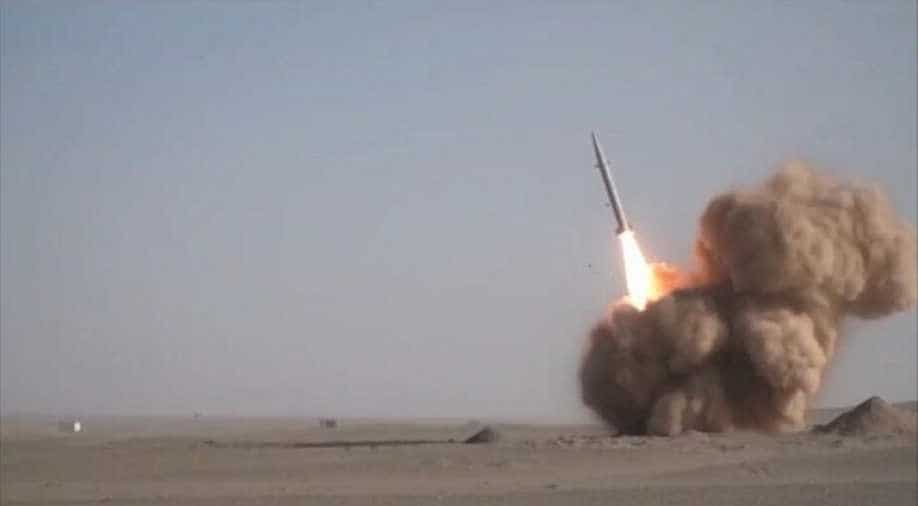 The announcement comes after heightened tensions with Taiwan and the US over Hong Kong, the South China Sea dispute and the coronavirus pandemic.

Chinese state media on Tuesday reported that Beijing had unveiled a new weapons system amid growing tensions with Taiwan and the US.

According to China's state media, the country has come up with a 500kg precision-guided munitions dispenser and air-to-surface missile called the "Tianlei 500", which translates to "Sky Thunder". A senior engineer in the report said that the weapon can carry six types of submunitions and attack different targets.

The announcement comes after heightened tensions with Taiwan and the US over Hong Kong and the escalating South China Sea dispute.

The Taiwanese government on Monday had said that it was stepping up its efforts to cross-check new arrivals from the city of Hong Kong in order to prevent Chinese spies from entering the country.

Taiwan's Mainland Affairs Council had said that it was “strengthening the management” of Hong Kong and Macau residents who are originally from mainland China, or who are the current or previous party, government or military officials, and aimed to prevent them from “carrying out infiltration, united front, disturbance or spying activities”.

The highest-level meeting between the US and Taiwan in four decades angered Beijing. China warned the US not to “play with fire”.

Recently, Taiwan finalized its purchase of 66 F-16 fighter jets from American aircraft manufacturer Lockheed Martin in the biggest arms sale to the island country in years.