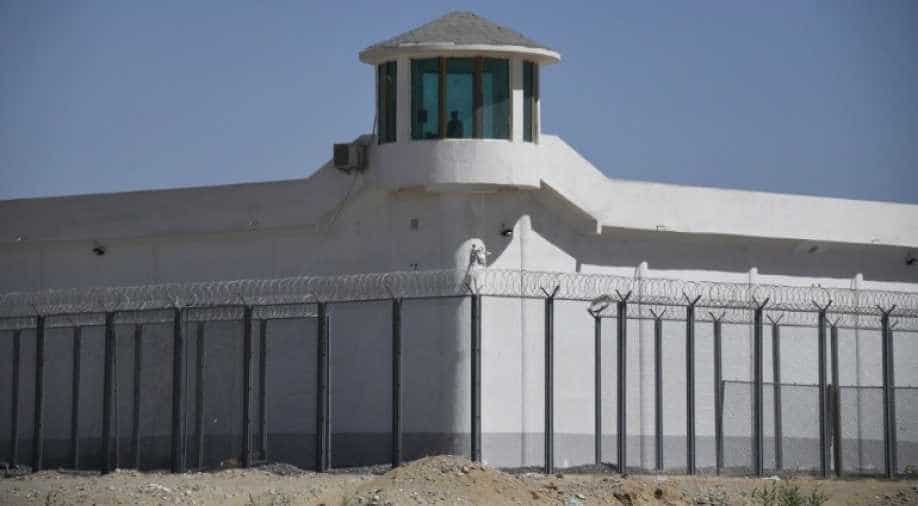 A watchtower on a high-security facility near what is believed to be a re-education camp where mostly Muslim ethnic minorities are detained, on the outskirts of Hotan, in China's northwestern Xinjiang region Photograph:( AFP )

The regional government in Xinjiang was ordered to cover its tracks and destroy all documents that could incriminate them, reports said.

China reportedly went on an extensive crackdown after the New York Times leaked a cache of documents that exposed china's state-sponsored atrocities in Xinjiang.

The regional government in Xinjiang was ordered to cover its tracks and destroy all documents that could incriminate them, reports said.

The communist party also convened several high-level meetings to discuss how to contain the massive leak while local-level officials were also asked to burn documents containing details on the detention status of Uighur Muslims.

Offices were also asked to throw away their computers and to tighten the management of classified information.

The Chinese government reportedly ordered that all data relating to the camps were to be saved on computers that were disconnected from the internet to prevent hackers from getting in.

Even university teachers have been asked to clean out sensitive data on their computers, phones and cloud storage, according to reports.

The Chinese government has not even spared the social media from this purge as the it frantically tries to plug the leak but to no avail.

Leaks are rare in a closed system like China's and the recent instances seem to suggest that there are cracks in it.

Chinese President Xi Jinping's policy may not be as popular among his subordinates as he thinks it is and the cyber great wall that Xi has built around China may not be as invincible as percieved.